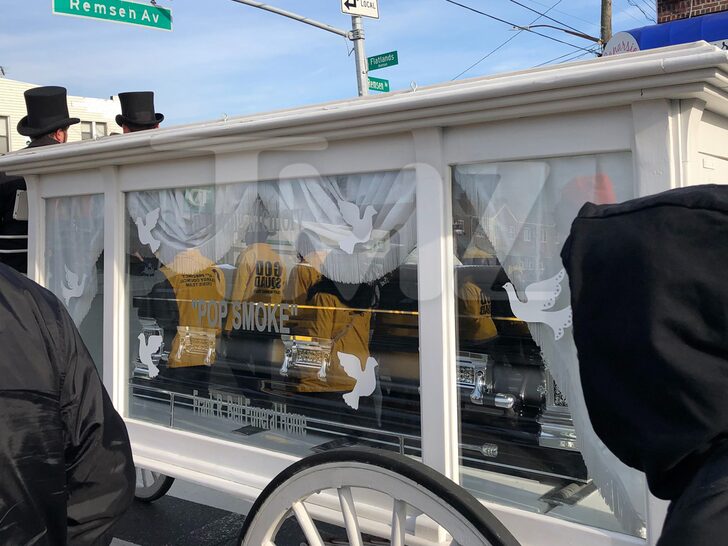 Pop Smoke‘s most ardent fans are out in droves in Brooklyn … giving the late rapper one final, emotional sendoff.

The funeral procession is going down Thursday afternoon in the Canarsie neighborhood of the borough. Two horses are pulling the carriage and hearse, decorated with white curtains … and Pop Smoke’s casket can be seen through the glass.

The carriage made its way past a mural honoring Pop Smoke. There were barricades set up in the mostly residential neighborhood to keep fans on sidewalks. NYPD is also on hand to keep things under control.

TMZ broke the story … 20-year-old Pop Smoke was gunned down last month in the Hollywood Hills in what appeared to be a targeted hit.

He was taken to Cedars-Sinai Medical Center, but doctors couldn’t save him, as he died from a gunshot wound to his chest, according to his death certificate.

Pop Smoke’s family held a private ceremony last weekend for close friends and family. After today’s procession … he’ll be laid to rest in a Brooklyn cemetery. 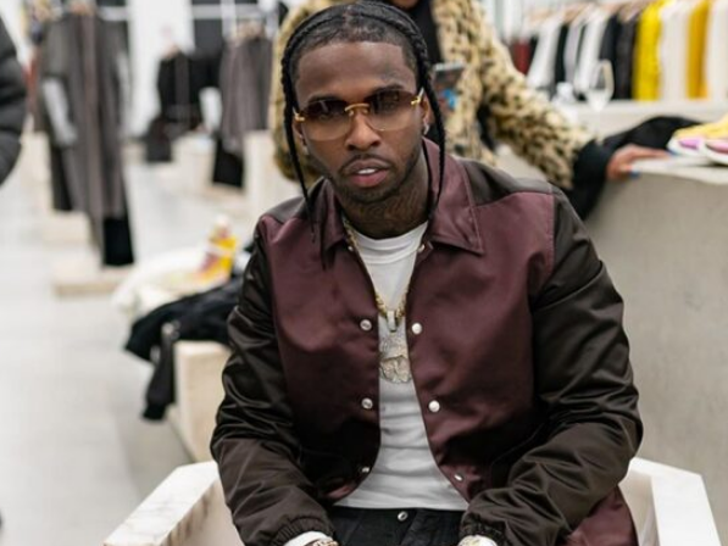