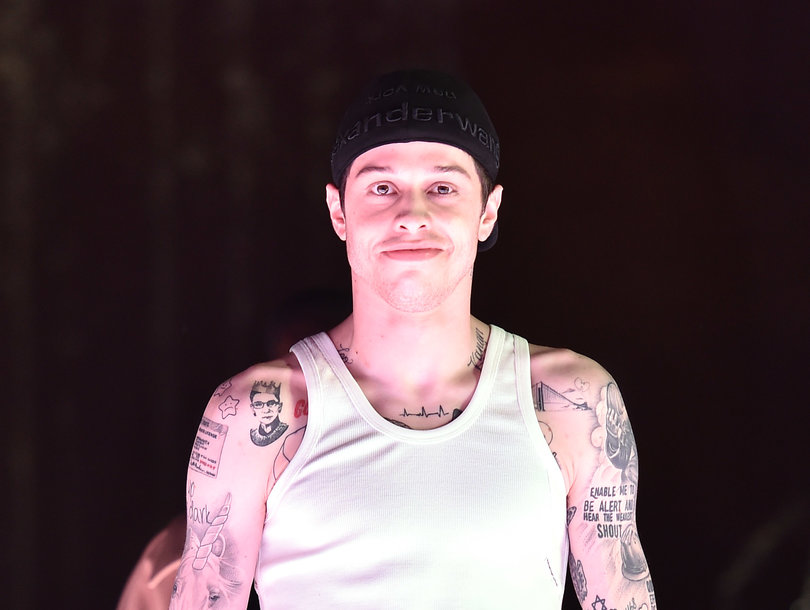 While appearing on the latest episode of First We Feast’s “Hot Ones” — the viral video series where celebrities answer questions while eating wings that get spicier as they go — the comedian, 26, joked that his relationship with the pop star made him “famous.”

When asked if he’s able to find humor in becoming a “target by paparazzi” in recent years, Davidson said, “It’s really annoying because I live in Staten Island and they come there now ’cause like Ariana Grande made me all famous and stuff, so it’s all her fault.”

“It is! She sent the wolves on me. She made me and created me, or whatever they say,” he added of Grande. The “Saturday Night Live” star and “Thank U, Next” singer became engaged in June 2018 after only a few weeks of dating. However, the former couple split the following October.

Although he walked in an Alexander Wang fashion show last summer and has been “Queer Eye”-d by Tan France, Davidson said getting photographed all the time by paparazzi doesn’t influence how he dresses.

“I don’t really try to dress — I used to, when I had the [Instagram],” he said. “‘Cause you just scroll through, like, Hype Beast and you’re like, ‘Oh, Off-White shoes. I guess that’s what the cool kids are wearing.’ And then you realize, like, when you’re not online that that’s what broke kids think that’s what rich people should wear. And it’s lame.”

“I stopped dressing at all or caring about anything like that at all,” he added. “It’s a really great feeling once you finally just give up.”

See more from Davidson’s spicy interview in the clip above.