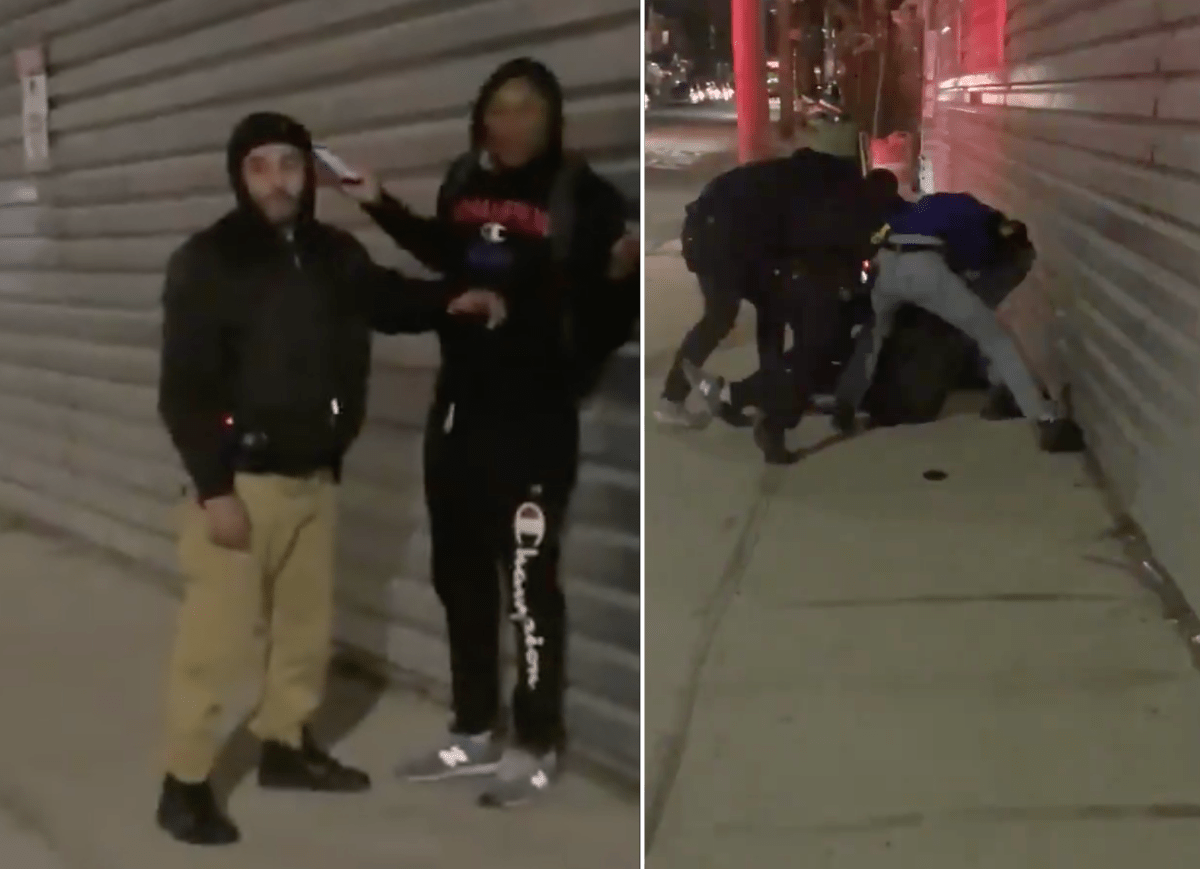 New York City police are under fire today, for brutally beating an unarmed man. MTO News has confirmed that the vicious beating occurred early this morning in Canarsie Brooklyn.

And the incident was captured on video.

The video starts with a Caucasian undercover officer detaining a man, and refusing to allow him to leave. The victim, a Black man, asked the officer what crime he committed. The officer refused to respond, and called for backup.

And when the backup came, they immediately jumped on the Black man and started beating him.

The Black man can be heard screaming in pain. At one point, the man began yelling “Jesus” and appeared to start praying for his life.

After the man was beaten and then arrested, police sent New York City detectives to the scene – and they appeared to be looking for evidence.