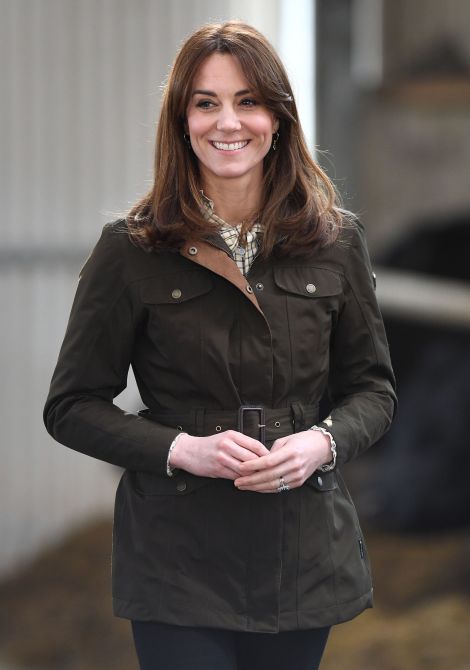 Since the ’80s and ’90s have been in style for years, it was just a matter of time the early-2000s would start to feel fresh again. Kate Middleton’s hair, with bangs, is a subtle nod to styles of the decade. Last week, the Duchess of Cambridge was sporting her usual long, one-length mane and flawless blowout but this week on her and Prince William’s royal tour of Ireland, she looked decidedly different. Hello, side bangs.

Middleton generally keeps her look pretty classic. It’s not like she’s channeling the early-aughts‘ style of tiny braids and butterfly clips. (Can you imagine?) But her new chop is actually a chop. It looks like inches were taken off her length bringing her almost to lob territory. It also looks like she got side bangs that stop around the high points of her cheekbones. While parted in the middle, it resembles the swooped fringe we all loved around 2007. The style makes her eyes pop and her hair look even more bouncy.

With or without 2000s-era bangs, the Duchess slays a blowout like no one else. After years of beachy waves, we’ve seen a resurgence of bouncy blowouts. Think back to Saoirse Ronan’s hair at the Golden Globes when she walked the red carpet with full, shiny strands. Ronan also played around with bangs at the Oscars. Basically, the Duchess and the actress are both making us want to head to the hairstylist—STAT.

As Town and Country notes, royal watchers already love Middleton’s new ‘do. When the couple arrived at the Guinness Storehouse, fans yelled, “Love your hair, Kate!” and “You look lovely!” We couldn’t agree more.