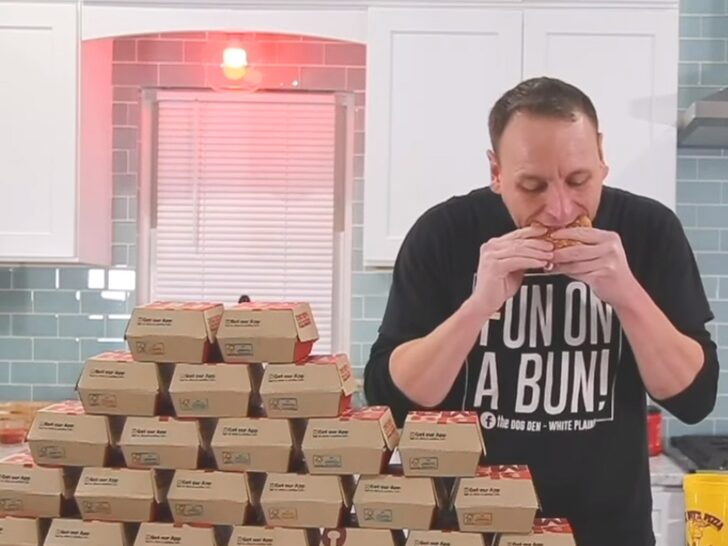 “I’m getting a little bit of the meat sweats.”

That’s Joey Chestnut in the middle of pounding 32 Big Macs on Thursday … and, yeah, it’s the most disgusting/awesome thing you’ll see all day.

The competitive eating legend posted the video on his social media … saying he was having a cheat day and wanted to accomplish something he — nor any other person — had ever done.

So, the dude set out to grab a McDonald’s world record … and fired up his phone to get 15.36 POUNDS of Big Macs delivered to his crib.

What happened next is pretty graphic … he slammed all 32 burgers — pickles, lettuce, special sauce and all — and sweated ruthlessly throughout the meal!!

But, in true Chestnut fashion … he dominated the challenge — setting the world record (it had previously been 30) — and afterward, he looked pretty damn good for a guy that consumed 18,016 calories in less than an hour!!

Of course, Joey’s used to these kinds of feats … he owns the annual Nathan’s Hot Dog-Eating Contest, eating a record 74 wieners back in 2018.

Now somebody get this guy some TUMS!!!