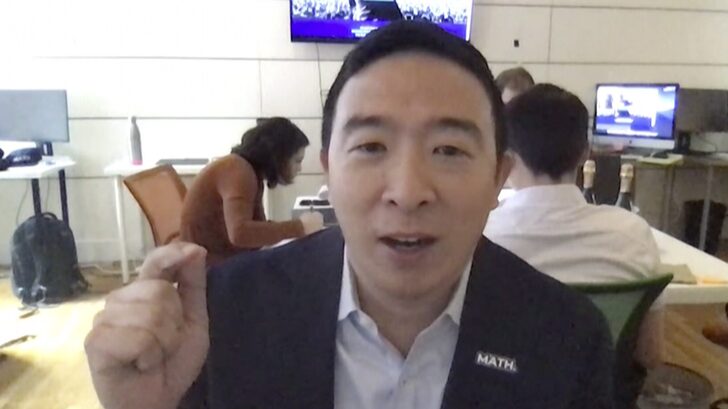 Andrew Yang‘s still got his eye on the White House … because he’d be stoked to be Joe Biden‘s vice president.

The former presidential hopeful joined us on “TMZ Live” Thursday and we asked if he’d say yes to an offer to be Biden’s running mate if Joe’s the nominee. Andrew tells us he’d jump at the chance, and thinks he could bring a lot to the table.

The way Andrew sees it, he could help Biden in some areas where he could be lacking … namely, appealing to younger voters. Andrew says the Yang Gang makes him feel young, even at 45. It could work on Biden too.

Remember … Andrew had the most fun of any candidate on the campaign trail, hanging with Donald Glover and doling out whipped cream shots to kneeling supporters.

Andrew tells us he’s still considering a run for mayor of New York City — he wants a high-impact executive role somewhere — but he knows being Veep gives him the best chance to make the country stronger.

Yang also announced Thursday he’s founded a new non-profit group called Humanity Forward, with the mission of implementing policies to build a more “human-centered America” instead of endorsing or donating to candidates.