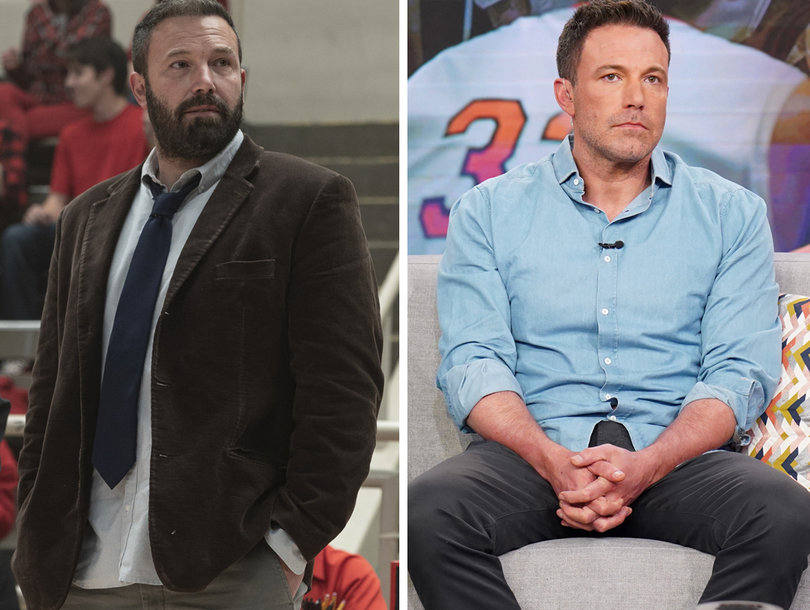 Ben Affleck says Adam Driver made him a “hero” with his 8-year-old son, Samuel.

While appearing on “Jimmy Kimmel Live!” Tuesday night, the “Batman vs. Superman” star recalled how Driver sent Samuel Star Wars themed presents for his birthday, including toys, a signed photo, and a personal video message from Driver in character as Kylo Ren.

Affleck — who is currently filming the historical drama, “The Last Duel,” alongside Driver and Matt Damon in France — explained to Kimmel how he told producers he needed to be in Los Angeles on Feb. 27 for his son’s surprise party.

“So they set it up where I was shooting right up to the 27th, and then I kinda had to scramble … and I was going to land right in time for his birthday,” Affleck recalled. “We had presents set up and everything was getting shipped and sent, and I was gonna pick it up and go to his surprise party.”

Before continuing the story, the “Argo” star pointed out how Samuel is aware that he and his mom, Jennifer Garner, are in “fake” and “pretend” movies, but “he also knows that Star Wars is real. He knows there are guys out there fighting the emperor and that needs to get done.”

“And I can do my fake shit and some people can do an important job,” Affleck continued. “So I told him, ‘I’m actually in this movie with Kylo Ren’ and his mind opened in two. He was like, ‘But dad! How? How do you know Kylo? Are you going to space?’ Will he have his lightsaber?'”

“So I told Adam that, and he’s a sweetheart. I said, ‘Can you tape a birthday video to my son?’ And he did and he was very kind,'” he added. “And I was just thrilled.”

On the day of the party, Affleck endured an 11-hour flight from London only to come home to find that his son’s presents hadn’t arrived in time.

“I said, ‘Where are the presents?’ And [my assistant] said, ‘Well, they didn’t get here,'” he recalled. “So it meant I had to show up to my son’s party with no gift for him. And there was this sort of sinking, awful feeling.”

“And then he goes, ‘But, there is something! Adam heard it was your son’s birthday. So he called your assistant and got your address and sent some presents, and signed a card and a picture from Kylo Ren,'” Affleck continued, beginning to choke up. “And I took those presents and went to see my son.”

“I watched him open all the other presents, and then I said, ‘Sam, my presents didn’t get here on time. But I did get a present from somebody who really wanted to make sure you got a gift,'” he added. “And he was like, ‘Who?’ And I said, ‘Kylo Ren.'”

“[Sam] opened the presents and I played him the video, and it was an incredibly moving and powerful moment,” he explained. “Adam made me a hero to my kid. And I will never, ever, ever, forget it.”

After Kimmel’s audience erupted in applause, Affleck expressed, “It’s a really good lesson in doing those small gestures of kindness, because you have no idea.”

“For [Driver], he’s like, ‘Yeah, send the Kylo Ren doll and the Kylo Ren LEGO and the picture of Kylo Ren signed by Kylo Ren,'” he added. “But it meant the f–king world to [Samuel]. So much.”

Watch Affleck recall the sweet story in the clip, above.

movie transformations
Warner Bros./Getty
Ben Affleck Reveals How Much Weight He Gained for Role In The Way Back