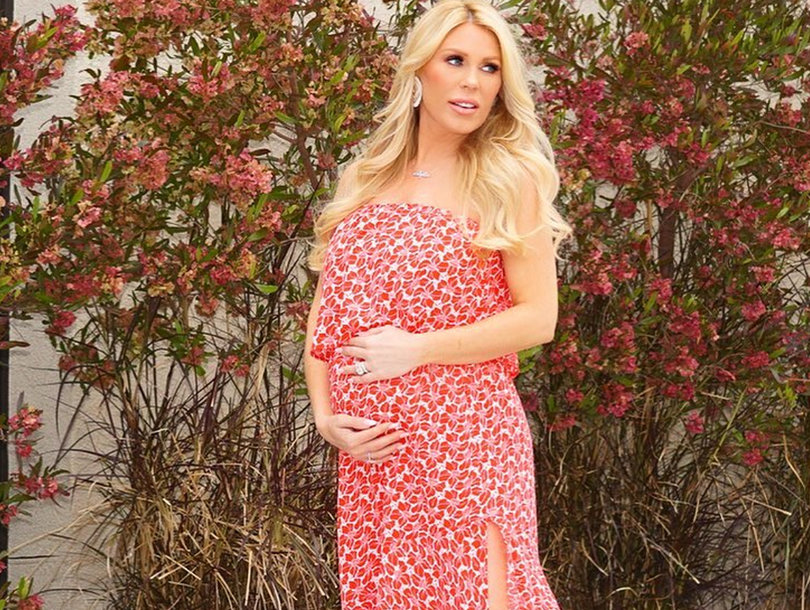 Gretchen Rossi and Slade Smiley may be former stars of “RHOC,” but don’t expect many Housewives on their new podcast, “Knot Too Taboo.”

While it’s not out of the question, the pair told TooFab they would prefer to have a Housewife on who has an “authentic” story to tell — and, understandably, it would “depend” on which former star.

Although Gretchen and Slade reiterated they are “grateful for the opportunity” to have been on the Bravo series, Gretchen expressed that they are trying to “evolve from the show and grow into a different space and get people to know us on a different level.”

“But if these people come in, if some of these former Housewives or whatever come in and they’re willing to share authentic real stories and talk about things that maybe we don’t see on the show or some things that allow other people to relate to them on all levels,” she continued, adding that she’d be interested if someone opened up about a “struggle with depression or anxiety or you know, their father wasn’t around as a child… Topics like that, that really you can dive into and hopefully take away some learning experience from their experiences.”

As to why they were inspired to create a podcast, Gretchen said it gives them a platform “to be a lot more raw and a lot more real and a lot more off the cuff and not so pigeonholed if you will into into a certain context of what a network or somebody wanted to create.”

“We’re in control of that narrative. It’s not a fan seeing minutes of a clip and not really understanding what happened before or after that clip,” Slade added. “It’s very salacious and there’s not only the details behind it, then people get a predetermined idea about who you are as an individual based upon these very small segments of time.”

In addition, Gretchen said fans have asked them to do something for years as they often wanted their opinions on topics such as parenting and the secret to a long-lasting relationship. (The pair have been together for over a decade.)

“We were just getting a lot of questions and a lot of people inquiring about how we do life and how it works,” Gretchen explained.

When asked about what we can expect in future episodes of “Knot Too Taboo,” Gretchen said, “This podcast is to really delve in deeper and really talk about subjects that affect everyone and that everyone’s going through…”

Slade added, “And sometimes too afraid to address it or communicate about it, which is where the title comes from.”

“We think there’s a lot of topics out there that people could grow from, but they have been a bit too taboo. Afraid to ask the question or afraid to engage in the conversation. And so that’s our hope and goal is to bring on these amazing people with incredible life stories. They’ve got wonderful things to share and we’re breaking the mold on what is acceptable in a conversation in the hopes of growing and learning together.”

Gretchen teased some upcoming guests include a dream expert and a singer-songwriter who started from the bottom, working a regular job. “Sharing these backstories and getting to know people on much deeper levels I think is what the goal is behind it,” she explained.

Check out the latest episode of their podcast where they discuss Dwyane Wade and Gabrielle Union’s family, Kobe Bryant’s heartbreaking memorial and more.