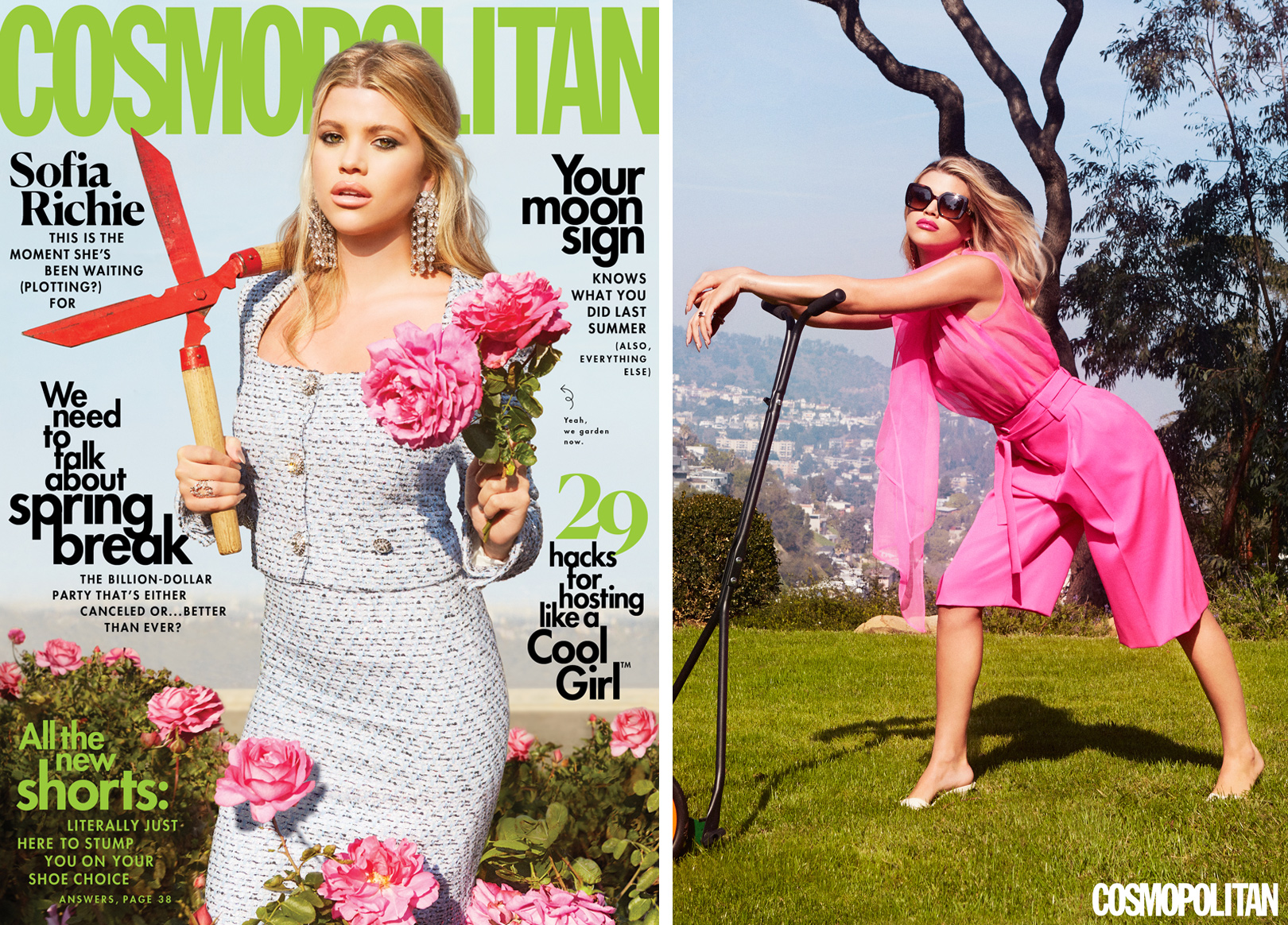 Sofia Richie’s profile in the April issue of Cosmopolitan is all about creating an identity for herself separate from her dad Lionel Richie and boyfriend Scott Disick. But that doesn’t mean their names — and Scott’s ex, Kourtney Kardashian — didn’t come up during the interview.

The 21-year-old model-turned-entrepreneur said that, when it comes to her relationship with her older boyfriend, she has “this weird thing where I just don’t care what people think.”

Richie also said the backlash she’s been subject to since they started dating “doesn’t bother me because I’m very happy,” adding, “Why would I let someone from the middle of nowhere ruin that for me?”

When the subject of their age difference came up — he’s 36 — she told the publication they thought it was “great” and compared it to similar gap her parents have. The magazine noted her parents are also “fine” with her dating Scott.

Dating Disick comes with a little Kardashian baggage, some of which has been shown on “Keeping Up with the Kardashians.” Richie has made limited appearances on the show and appeared to get along with Scott’s ex and the mother of his three children.

“I mean, just be nice,” she told Cosmo of keeping things cool with a significant other’s ex. “There’s no reason not to be nice.”

Looking ahead, Richie said she’s hoping to expand her bikini brand into a fashion line, launch some kind of hair and body company and YouTube channel, get into acting and doing something in the mental health/anxiety space in 2020. “It’s time to start hustling,” she explained, saying “2020 is about no fear” and doing things “that would usually make me very uncomfortable.”

All these projects are a nice change for Richie, who has been itching to become her own person since entering the entertainment industry.

“When things were first starting, I was discouraged because everything I did was ‘Lionel Richie’s daughter,'” she said, making it clear she’s grateful for the platform her famous last name provided. “But it’s hard branching out into my own person when I have such a powerful artist as a father. My dad was always like, ‘Once you find your thing, you’ll move away from that,’ and I feel like over the past couple of years, I found my lane in life to go the direction I want to go.”