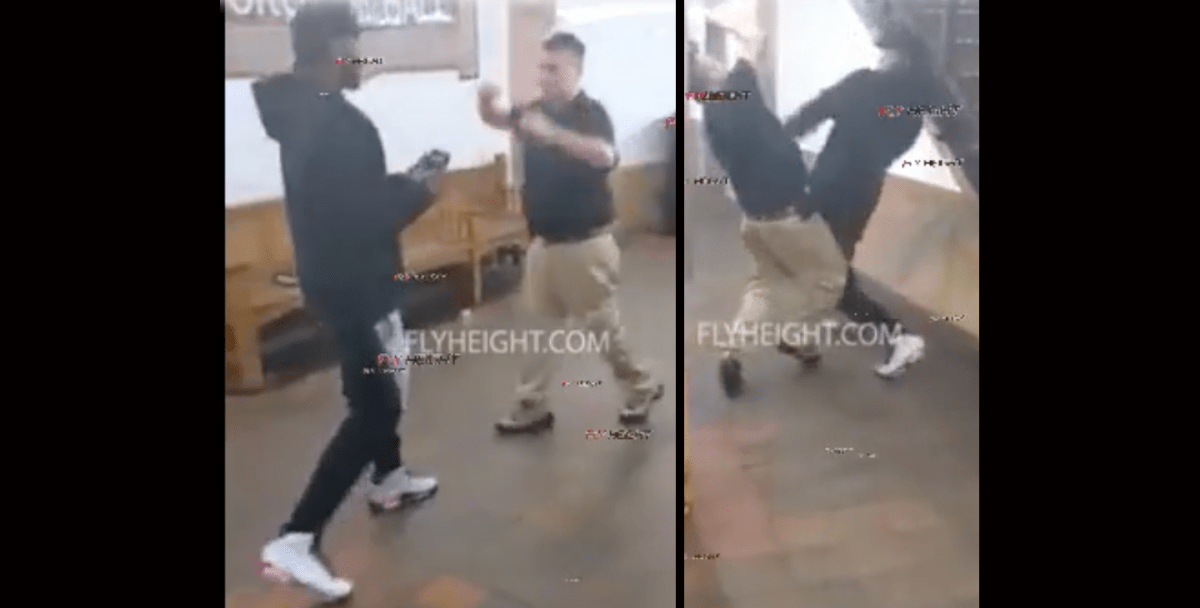 An off duty New York police officer was knocked unconscious yesterday, inside the Borough Hall subway station in Brooklyn – according to social media reports.

Here is the video – showing the alleged officer getting KO’d

In the video, a Caucasian man – who is described on social media as an off-duty police officer – aggressively confronts an African American man.

The videographer claims that the off-duty cop called the African American man the “N Word” before he began filming.

But things quickly went awry for the cop. As he moved towards the Black man he was antagonizing, he was hit with a quick two piece – and knocked unconscious.

The Black man appeared to be acting in self defense, and reportedly left the scene after the incident.

After the punch, the alleged racist officer laid on the ground, unconscious. Outside of that, It’s not clear what, if any, injuries the officer suffered.

MTO News reached out to the NYPD for comment, and have not received a response.

Here is the video – showing the alleged officer getting KO’d