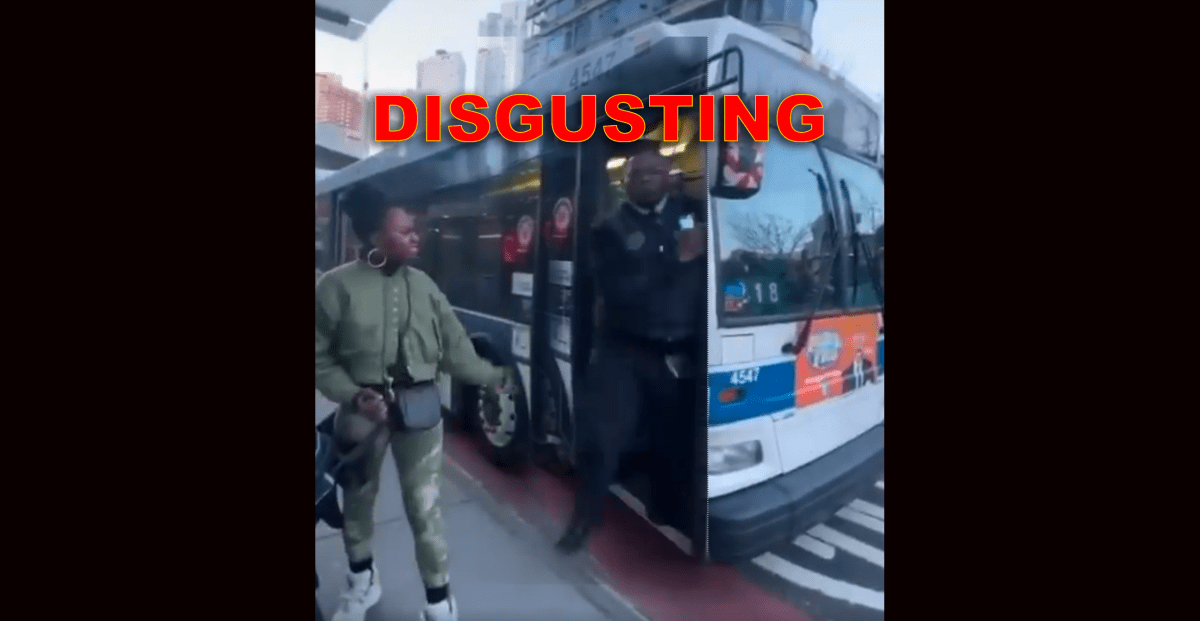 A New York City bus driver is being accused of spitting on a woman in Brooklyn, and it was all caught on video.

The alleged spitting incident took place on Saturday in Brooklyn – as a 31 year old mother was with her two children, ages 2 and 4.

It all started when a New York City bus driver got into a heated argument with passenger Sapphire Philip. The driver asked Sapphire to fold her baby stroller before entering the bus. But Sapphire, who was tired and carrying her child, was unable to do so.

According to Sapphire, she spent the day shopping with her two daughters – and just bought a new stroller for her 2-year-old. When the bus driver asked her to fold the stroller, she didn’t know how.

The bus driver then allegedly threw Sapphire and her two children off the bus. And when Sapphire started arguing with the city worker, what happened next is unthinkable.

Sapphire spoke to the local media, and explained what she claims the bus driver said to her:

“That’s when spit landed on my face,” she said. “I heard yelling. When I turned around, he spit in my face and he ran back to the bus.”

Philip says the driver was saying hurtful things to her.

“He was talking about baby father, ‘You need to tell your baby father to get you a car. You don’t need to be on my bus,'” she said.

MTO News reached out to the MTA, and we received the following statement:

“The bus operator depicted in this disturbing video is being held out of service while we conduct an investigation and we encourage anyone with information to contact us.”

We also reached out to the NY police department to ask whether criminal charges are being pressed against the driver. So far we have not received any response.