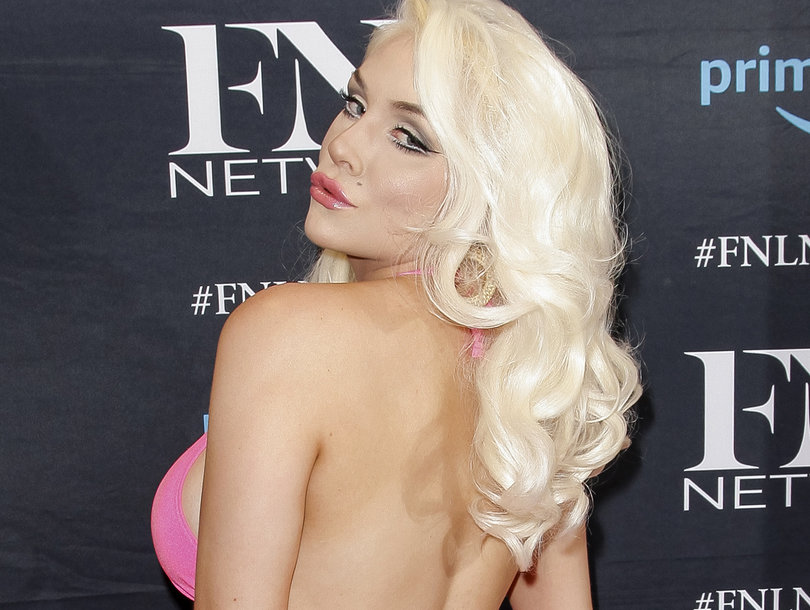 Courtney Stodden marked the finalization of her divorce from Doug Hutchison on Tuesday with an emotional and revealing message.

Taking to her Instagram account, the model/singer posted a throwback snap of the couple, who had an on-again/off-again relationship for nearly a decade, beginning with a courtship when she was 16 and he was 50.

“It’s an emotional day for me,” the now 25-year-old began. “God only knows how he’s feeling, but I can tell you that it’s for the better. I look back at this picture and feel absolutely taken advantage of.”

Courtney and Doug began their love affair when she signed up for one of his online acting workshops in 2010. Never having met in person, the two fell for each other after months of courtship over the internet. They eventually married in Las Vegas in 2011.

“I’ve been scared to even speak up about feeling groomed or being verbally abused during the almost 10 year marriage because I was a child and he was 50 when we married but I’m a woman now and it’s time for me to put my big girl pants on and speak on this matter,” she wrote.

She went on to say how the experience was devastating and she had no one to turn to when her life became “a lonely and dark place.”

“I’ve felt completely trapped, manipulated and at times abandoned by adults // growing up in such an environment,” Courtney continued.

In 2013, they announced they were ending their marriage, only to reconcile a year later. Back in March of 2018, Courtney filed for divorce. The “Freak Alert” songstress called out Doug, saying she will “always love” him, but will “always be angry.”

“You’ve left me — a child woman, feeling belittled and confused. These things I shall overcome. I wish you well,” she wrote.

The lengthy posting ended on a plea to Doug, including a reference to her parents, who allowed the pair to date and marry, despite her being underage and their 34-year age difference.

“But please don’t ever do this to another minor again,” she begged. “It’s not right — even if the parent signs off. Wait a respectable amount of time before marrying. Children aren’t on your level. I’ll always love you regardless. Be better. As shall I.”

Doug, for his part, will reveal his side of the story when his tell-all “Flushing Hollywood: Fake News, Fake Boobs” arrives on shelves on March 10.

During an interview with Fox News, the “Lost” actor” said he has no regrets marrying Courtney when she was a teenager, even though he was “blackballed from casting directors.”

“It was a beautiful and powerful journey. A bittersweet journey with Courtney,” he said, adding, “I still love Courtney very, very much. I’m not in love with her anymore, but I do wish her the best.”

In her Instagram posting, Courtney teased that there may be more details to follow as she also has a memoir in production.

“Stay tuned for my book,” she wrote.