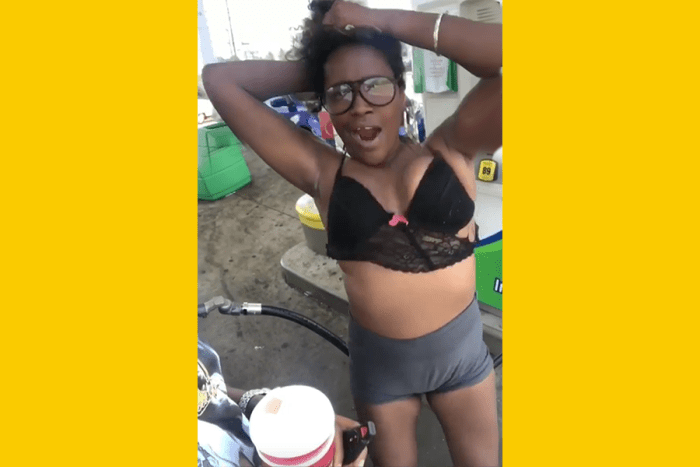 The beautiful 1990s actress, Maia Campbell, has reportedly struggled with drug addiction for many years. Now it appears that she’s not only still using drugs but that she’s hit rock bottom.

The beautiful child actress who stared on the hit sitcom “In the House” alongside LL Cool J for five season is now allegedly working as a prostitute, outside a Texaco gas station near Atlanta.

It’s currently unknown when Maia first began using drugs, but she reportedly turned to various substances to self medicate, as she also struggled with mental health issues for years.

Maia, however, is not just a former child actress. She is also the daughter of the famed and prolific writer Bebe Moore Campbell. After many years of failed rehabs and inventions from Maia’s family and friends, she is still on drugs and now working as a prostitute at a gas station.

Recently, an Atlanta woman who saw Maia posted about her the other day on Facebook. She wrote:

Although [Maia] is visibly strung out on drugs and openly pimping herself out for money and drugs, she always seemed so out of place to me.

In person she still has remnants of her old self, and she definitely has a glow of beauty that stands out amongst the rest of the usual crackheads and prostitutes that frequent the store daily.

The woman claims to have had many conversations with Maia, and in their last meeting the woman told this to Maia:

I told her that I would never give her any of my money 🙅🏿‍♀️to support her habit, but I would start bringing her food and some of my old clothes so she wouldn’t be down completely bad out there in these streets.

I also told her that if she ever felt like she was in danger and needed a place to lay her head from time to time to protect herself from the harsh weather she could contact me. The look in her eyes was priceless.

The deadness in her eyes lit up briefly and she kissed me on my forehead and said God bless you my beautiful queen as she stored my number in her phone.❤

I’m not sure what God has in store for any of us, but I want to request for all of my social media friends to pray for Ms. Maia Campbell.