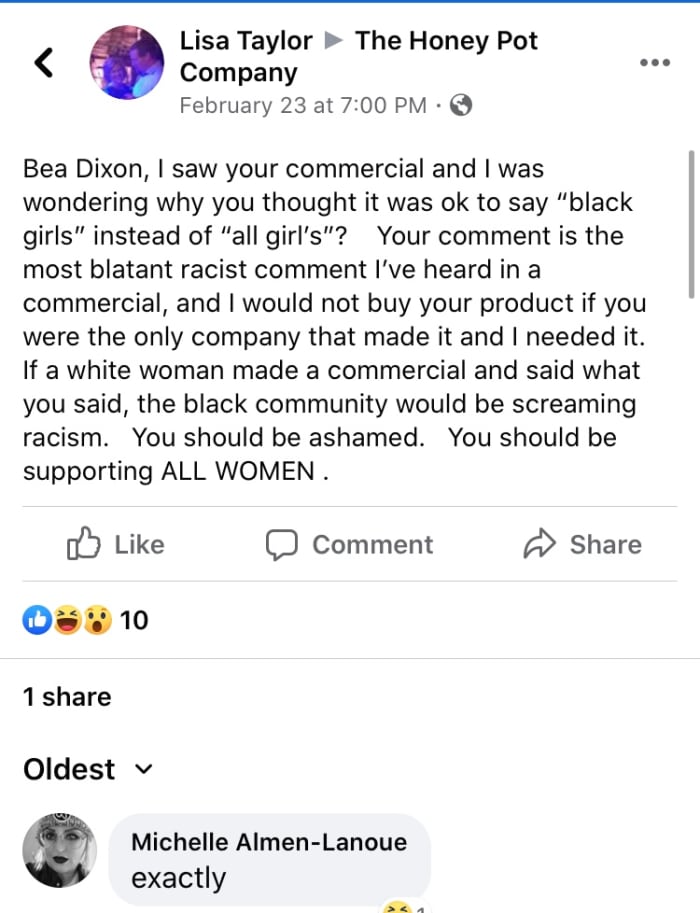 The founder of the popular feminine wash company Honeypot, Beatrice Dixon, is coming under fire on social media. Some people are calling her “racist” because she talked about wanting to inspire young Black girls in a new commercial.

The commercial was produced by Target – one of Beatrice’s major retailers. And the commercial seemed to be positive and uplifting.

But a group of White women took offense to Beatrice saying that she hoped to open the doors of entrepreneurship to young Black girls.

In particular, this is what Beatrice said in the video:

“The reason why it’s so important for The Honeypot to do well, is so that the next Black girl that comes up with a great idea, can have a better opportunity. And that means a lot to me.

The simple statement, was enough to cause a social media storm.

Here’s the commercial that’s causing all the controversy:

Here are some of the responses that she’s getting on social media and on Yelp: