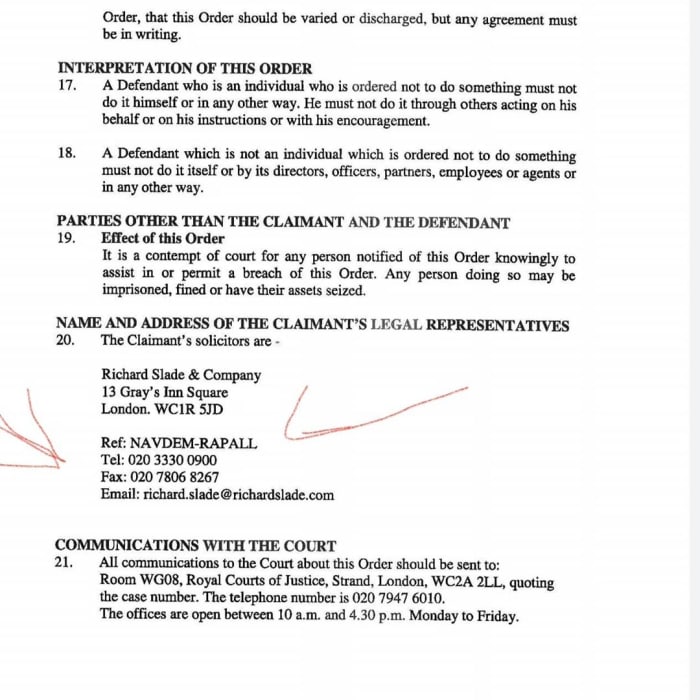 A British court issued a gag order against both the Plaintiff and Defendant in a case, which prevented either party from discussing the nature of an extortion lawsuit. The lawsuit, according to the court, was filed by a famous person that wasn’t specifically named.

So what does this have to do with Future? Well social media reports are suggesting that the “famous person” may be Lori Harvey’s boyfriend..

While the names on most of the paperwork has been changed due to the associated public figure, one of the pieces of paper has the plaintiff/claimant listed as Naydem; futures legal name is Nayvedius Demun.

The defendant is currently facing criminal charges for her alleged extortion. Its not clear what, if any charges the plaintiff is facing, or whether the court believes the defendant’s underlying allegations.