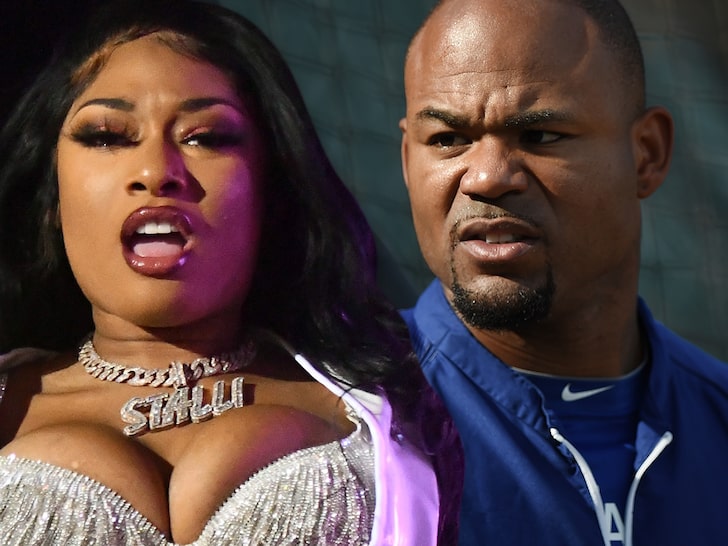 Megan Thee Stallion says certain execs at her record label have a rep for “bullying and strong-armed tactics,” but she’s taking a stand by taking them to court … and she’s already won a major battle.

Meg went on the offensive by filing suit Monday against 1501 Certified Entertainment and its honcho, Carl Crawford. As you know, she’s pissed about the contract she signed with the label back when she was 20, and claims it’s now blocking her from releasing new music because she wants to renegotiate.

Megan Thee Stallion says that 1501 isn’t letting her drop new music due to her requesting to renegotiate her contract. pic.twitter.com/4Uz5vXwmD0

A district judge in Harris County Texas granted Megan a temporary restraining order which prevents her label from blocking the music she plans to drop on Friday.

In the suit, Megan lays out the most outrageous terms of her contract, at least in her eyes. For instance, she claims the deal calls for 1501 Certified to get 60% of her recording income. The remaining 40% goes to her, but she has to use that to pay engineers, mixers and featured artists who work on the songs.

Point is … MTS claims there’s a very small slice of pie left for her when it’s all said and done. She also says her live gigs currently benefit the label more than her.

According to the suit, the contract calls for all money from Megan’s touring and live performances to be paid directly to 1501 Certified. She says the label is supposed to give her a proper accounting of what she’s owed — but claims what they’ve provided is incomplete, and “purposefully and deceptively vague.”

Megan also claims Crawford has been using his relationship with Rap-a-Lot Records founder J. Prince to intimidate people in the industry. In the suit, she claims Crawford pressured a producer to hand over beats by saying Prince would be pissed. Megan claims, “Prince is notorious in the industry for strong-armed intimidation tactics, and the comment was taken as a physical threat of harm.”

Megan thinks Prince has had a hand in an online smear campaign against her … including the recent story about her getting arrested 5 years ago.

All of these headaches simply aren’t worth it to Megan, who says in exchange for signing the contract she got a measly $10,000 advance.

She’s suing Carl and his label for at least $1 million in damages. Megan is not suing J. Prince..

BTW, the temporary restraining order she was granted also prevents 1501 Certified from attacking or abusing her on social media. Megan’s attorney Richard Busch tells TMZ, “We are very happy the Court granted our TRO and thrilled that the world should be able to now hear Megan’s new music on March 6. We will now proceed with the other claims set forth in the [lawsuit].”

We’ve reached out to Crawford’s camp and J. Prince … no word back.