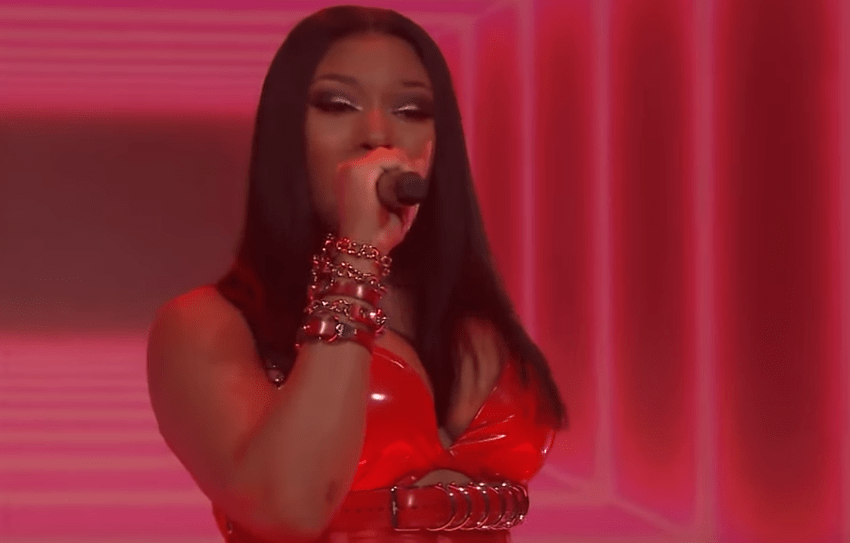 Rapper Megan Thee Stallion had a lot to get off her chest on Sunday and hit her social media to share with her fans that one of the independent labels that she is signed to, 1501 Entertainment, will not allow her to release any music.

According to Meg, it’s all about greed. The rapper shared that she signed the record label when she was just 20 years old but was not aware of some of the terms and conditions included as she was young and without legal representation at the time.

She says that after her new management company, Roc Nation, made her aware of the clause, she went back to 1501 Entertainment and asked to renegotiate her contract — and things went left.

“I was like 20, and I didn’t know everything that was in that contract,” she shared. “So when I got with Roc Nation, I got management — real management — and real lawyers. They were like, ‘Do you know that this is in your contract?’ And I was like, ‘Oh, damn, that’s crazy — no, I didn’t know.'”

But while Meg, who said that she had considered 1501 Ent. to be family, said, “Soon as I said, ‘I want to renegotiate my contract,’ everything went left. It all went bad. It all went left. So now they tellin’ a b*tch she can’t drop no music. It’s really just, like, a greedy game.”

“I’m not a greedy person. I’m not a person that likes confrontation. I’m not a person that’s a b*tch. I work with everybody, and I’m nice, and I’m real family-oriented… I see the sh*t that camp be saying about me, and I be like, ‘Damn — since you got so much to say, why you just won’t tell ’em why you mad? You mad because I don’t want to roll over and bow down like a little b*tch, and you don’t want to renegotiate my contract.”

Since Meg’s social media rant, #FREEMEG and #FREETHEESTALLION have been trended online, and fans are begging Roc Nation to buy her out of her contract.