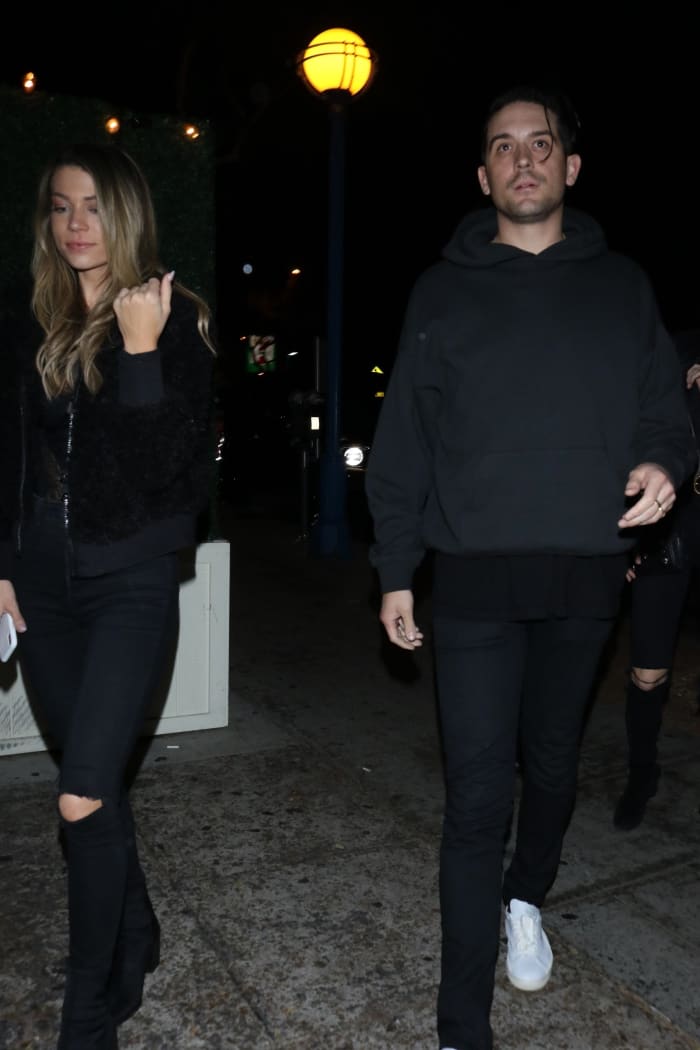 Last month, there were reports that rappers G-Eazy and Megan Thee Stallion were hooking up as the couple was seen making out all over Miami.

The first released pics of the two together, showed them snuggling at a Superbowl party, and Meg was giving the Caucasian rapper a private lap dance. Then, a few days later G-Eazy posted a video where he was kissing Megan, and sucking on her neck.

After the video leaks, there were reports that the two rappers were considering taking their relationship to the next level – and become exclusive with each other.

Well that’s all over now – and G-Eazy seems to be done with Meg.

The handsome rapper was spotted leaving Delilah Nightclub yesterday with a mystery woman – who was blonde. The paparazzi managed to snap pics of the couple as they hopped into the same SUV together.

Here are pics of the couple leaving together: