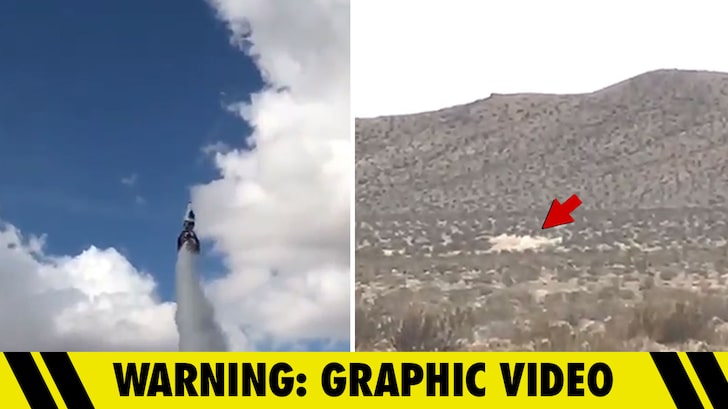 “Mad” Mike Hughes may have blacked out and that’s why he failed to deploy backup parachutes moments before his fatal rocket crash … TMZ has learned.

Mike’s rep, Darren Shuster, tells TMZ … the daredevil’s launch got off to a terrible start when his parachute got snagged by a ladder next to the rocket. Mike needed a ladder because he didn’t wanna be lifted into it, as they had initially prepared.

When the parachute got snagged, Mike’s ground control crew radioed Mike and ordered him to deploy his backup parachute. There were 2 backups on the rocket. Problem was … the ground crew never got a response from Mike.

Shuster tells us Mike’s crew believes he may have blacked out with the rocket taking off at around 500 MPH. Shuster believes if Mike blacked out, it could very well explain why he never deployed his backup chute.

The timing for deploying the backup chutes was also critical … Mike would have had to deploy the backup before he hit his apex because if he was descending at too high of a speed, it would have ripped a hole in the chute. But, Mike never got the chance.

As we reported … the amateur rocket-engineer launched himself in the air with a self-made rocket that crash-landed. The incident was captured on camera after it was highly publicized.

Mike was attempting to get as close to space from Earth as possible — known as the Karman line, about 62 miles above Earth’s surface without the use of advanced tech.

The cause of the crash is still under investigation.