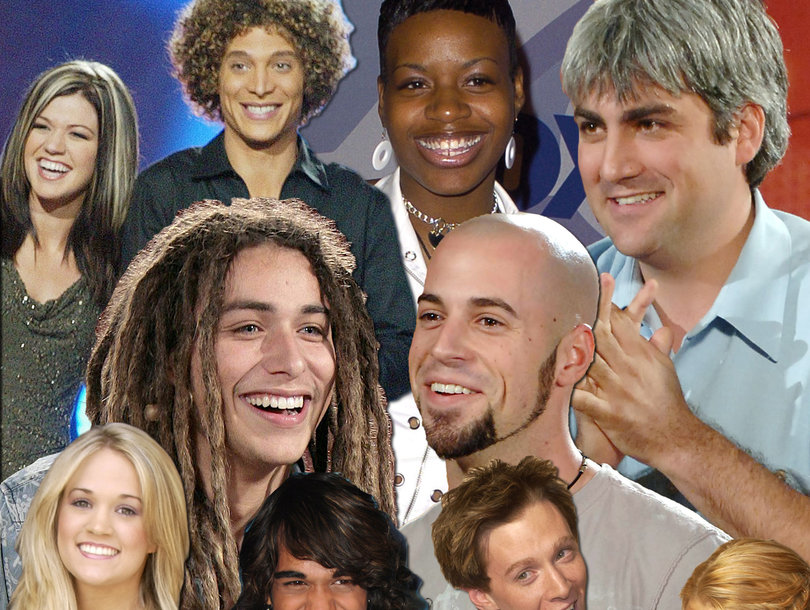 After a few weeks where it seemed like men were going to dominate this season of “American Idol” the women came out strong this week with some of the biggest and best voices so far.

We had the return of a contestant from two seasons ago in Genavieve Linkowski, coming back after suffering an unspeakable loss, as well as the fiancee of a country music legend and the first-ever contestant to walk in off the streets and in front of the judges.

But the highlight of the whole two-hour show might just be the 78-year-old grandmother who had the most adorable story about how Lionel Richie brought her and her husband together. And then she got to meet, dance with and get serenaded by her idol.

Did we mention she did all of this in 6-inch heels, so ladies, hear this. You’re never too old to do what you want, dress how you want and live life the way you want!

Once again, original songs made a huge mark on the audition tour, with some really talented songwriters hitting that mark. Luke got to enjoy some authentic country, while the singer-songwriter tradition continued strong.

And there were some great covers along the way, including powerful takes on Etta James, P!nk and Bobby McFerrin’s “Don’t Worry Be Happy.” And then there was a huge performance of a-ha’s “Take on Me” that we’re still trying to completely understand who and what we just watched.

While we’re at it, we’re also a little perplexed that “American Idol” hyped that proposal moment and then only gave it to us in a montage moment with a few other contestants and didn’t even put in online. If you’re going to tout it as a moment, give us the whole moment; even if he wasn’t the best singer you’ve seen. Don’t sell something you don’t deliver on.

Fair warning, since I’m safe at home, I’m probably going to be a little harsher than my colleagues Lionel Richie, Katy Perry and Luke Bryan.

(21, Santa Barbera, CA) If they hadn’t have asked him to yodel, would we have gotten a different song, because this original was a bizarre mix of folk, grunge and yodel that didn’t work in any way that made any sense. He does appear to be a talented yodeler, but talk about a niche talent that is not going to win this show.

(29, Aiken, SC) Isaiha definitely thinks he’s all that and a gorgeous cover model, which was setting him up for disaster in front of the judges. Could he live up to his own hype and arrogance (or do we call this confidence)? He brought his own accompaniment for a-ha’s “Take on Me” and gave a really treacly performance. The good news, though, is that he does have a nice tone to his voice and quality depth. And he even found the highest notes, so it was impressive — and completely lacking in any emotion. What a strange disconnect, but an interesting persona. Katy was right, though, in that he’s way too theatrical for this — even on “House of the Rising Sun,” which wasn’t nearly as strong.

(24, Lamar, AR) Ryan’s personality may be bigger than his voice, but he really knows how to put together a country song as a writer and he delivered it pretty well. His vocals were overwhelmed by his own guitar playing at times, but there’s a rawness to his voice that was nevertheless compelling (when we could hear him). We’d have actually given him a chance here to see what he could do, but the judges were not with us. They sent him to Nashville instead.

(23, Pensacola, FL) DeWayne takes Bobby McFerrin’s “Don’t Worry Be Happy” to church, which as a gospel leader isn’t really a surprise. But we loved his falsetto runs on the non-vocal parts of the song, as that’s as much a part of McFerrin’s legacy as the song itself. He didn’t do as much, obviously, but he managed to showcase a lot of range and joyfulness in his slender take on the song. He needs to inject it now with that emotional connection and he could really go somewhere. It’s technically sound, but lacking slightly in heart.

(16, Vancouver Island, BC) Despite a weird edit that saw her talking over her own audition, we were able to see the conviction and power of Lauren’s voice. It wasn’t a flawless vocal, with a few missed notes along the way, but there’s no denying she’s got a big old instrument there and at only 16 years old, she’s got the years to hone it and truly master it. We love that it’s more of a full-throat sound, with the kind of richness you rarely see (think Adele), but that can own your soul and heart with each note.

(27, Los Angeles, CA) A Katy Perry superfan, Geena lost her way just a bit at the top of her register on a quirky and very catchy pop original. We don’t see a lot of singer-songwriter pop musicians on this show, so it was fun to see her doing her thing and owning this moment, even getting the judges on board to sing the chorus with her. She’s got a cool vibe about her and a compelling enough voice, but is it strong enough? We’d be willing to find out based on potential.

(26, Bakersfield, CA) Dubbed the “country Post Malone” for his plethora of tattoos, There’s a breathy, whispering quality to Dylan’s voice, and even on a song as subtle as Bob Dylan’s “Make You Feel My Love,” he managed to evoke all the pain that he’s endured through his life. He built throughout the audition to really show the emotional connections and raspy quality of his voice in a way that is utterly compelling. His voice and soul feel so very lived in like someone who just needs to get it all out, and it can be transfixing.

(27, Nashville, TN) What a sweet, old-school country ballad sung with authenticity and a tenderness to her voice that would soar up the country charts today. There’s a serious hole in the market for fresh female voices in country music, and Lauren brought an original that would satisfy traditionalists and progressive country fans alike. Plus, she carries herself with an unassuming likability that draws you in. She could get people voting for her. It probably helps that she’s engaged to country artist Shawn Camp, who scored his first number one in 1998 by co-writing Garth Brooks’ “Two Pina Coladas.” And it just goes on from there, so she’s got authentic country right there in her life.

(20, Goodrich, MI) “How am I supposed to live without you,” sang returning contestant Genavieve after revealing that she was grieving the loss of her sister. She first made it to Hollywood two seasons ago but took some time off after her sister died in a car accident, and now she channeled their love of singing and her loss rather directly with this song choice. It felt like she was belting every night when we would have liked to hear a more tender side, but as it went along she easily proved that she’s still got the goods. We only got a few seconds of tenderness at the end and it was the most beautiful part. She’s special.

(22, Harris Neck, GA) In an “Idol” first, Courtney literally walked in off the streets and got in front of the judges. She tackled a big song in Audra Day’s “Rise Up” and took us on an a cappella vocal journey with her. It was a subdued performance, but one on a foundation of a quality voice and a young woman who knows exactly what to do with her instrument. sHe was so unassuming just playing with the song — even as she did miss a note here and there — and there was something so likable about her. “At least I saw you, so that was enough,” she told the judges, clearly still not quite believing what was happening.

(17, Lakeland, FL) Did she oversing this One Republic song? Yes she did. Was it still emotionally affecting, yes it was. Kimmy really came with such grace and humility and just soared easily through that audition like she was just performing. All her talk of nerve was nothing, as that was pure confidence. And at 17, she’s someone who could really make a run from this if she’s open to growing and expanding even more as she finds her way.

(20, Long Island, NY) Anybody willing to take on Etta James’ “I’d Rather Go Blind” is either really confident in their abilities or a disaster waiting to happen. Shannon was a revelation. She absolutely killed this song with every note. There was feeling in every single syllable she sang, every run was perfectly chosen and executed. This is a seasoned and impressive performer who knows how to have the audience eating out of her command. She commanded and demanded our attention from the jump and never once let us go. That was a masterclass.