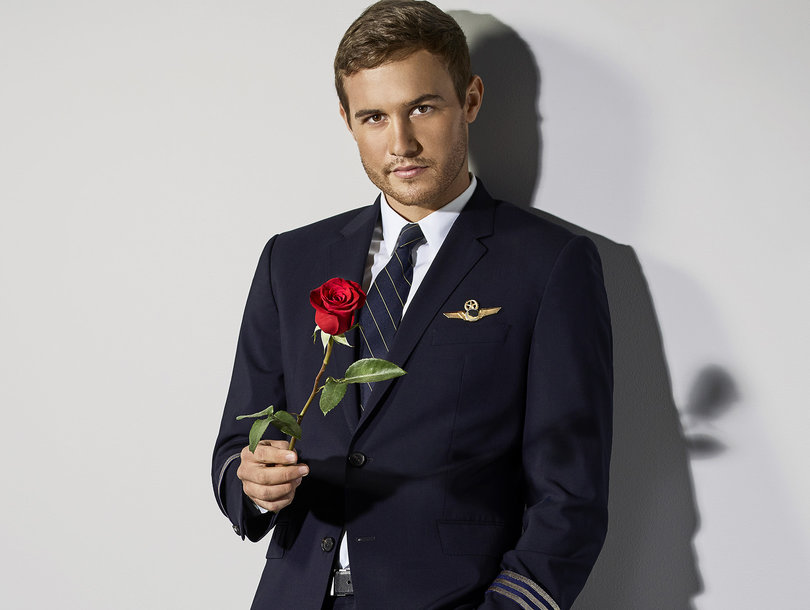 “The Bachelorette” could be moving in both a bold and perplexing direction with its next major casting decision, if leading spoiler rumors are to be believed. If you’d rather wait until the official reveal of the next Bachelorette on Monday’s “Good Morning America,” you might want to tune out now.

But if you’d like to go down this rabbit hole with us at the woman who has purportedly been leaked as the next lead for the venerable ABC franchise, won’t you join us to see how she breaks the mold for “Bachelorette” leads and then wonder how on earth they settled on her in the first place.

According to a report by E! News just a couple of days ago, the most recent Bachelorette, Hannah Brown, was approached to return for what would be an unprecedented back-to-back run, but she turned them down.

Perhaps after appearing in “The Bachelor,” headlining her own “Bachelorette,” winning the latest season of “Dancing with the Stars” and then crashing Peter’s “Bachelor” premiere episodes, even Hannah is sick of Hannah on television.

Or maybe it’s just because she’d already agreed to go on the “DWTS” live tour, which would make her unavailable for filming … this season. It’s not as unprecedented for a Bachelor Nation lead to return for a second run at love in a not back-to-back capacity. Brad Womack waited four years for his second chance.

Meanwhile, ABC had a season to cast and perhaps they just weren’t feeling good about any of Peter’s contestants, because they’re reportedly opted away from any of the ladies among the current cast. This is all but confirmed with the fact that the big reveal is happening (before) the “Women Tell All” special and before Peter’s season finale.

It’s as if producers know this season is not going to sit will with fans and they want to get people looking forward to the next season of “The Bachelorette” even before they start clawing their eyes out at the trainwreck that will be Peter’s finale (we’re speculating here, it may be just lovely … we doubt it, but it’s possible … but probably not).

E! went on to speculate who they think might make good contenders for the next Bachelorette, and whether or not they knew something they hit upon the woman whose name is now being tossed around as the unconfirmed confirmed next face of the franchise, and it’s a call back to Season 18.

That’s right, if the rumors are true — and “Reality Steve,” who is almost always right, confirmed this on — producers are reaching all the way back to Juan Pablo Galavis’ season where they’ve reportedly snatched up his runner-up Clare Crawley as their next leading lady. What’s remarkable and refreshing and potentially great about this is the fact that Clare is 38 years old, turning 39 during filming, which would make her the oldest Bachelorette to date.

One of the criticism lobbied at the “Bachelor” franchise, and reality television in general, is that casting had been getting younger and younger in the past decade or so to the point that two of Peter’s finalists are 23 years old, “Big Brother” is criticized for casting pretty faces over personalities and “Survivor” is being lauded for its oldest cast ever with its all-winners season.

Maybe reality TV will start to catch up to the strides happening in movies where there’s this slow realization that people over 30 can still be interesting and, in fact, may well be more interesting because they’ve lived some life, suffered some blows and just generally experienced more of what the world has to offer.

There’s a lot to be said for youthful energy and good looks when casting a television show, but there’s more to life than that and there’s no denying the potential substance that a woman approaching her middle age can bring to a dating show. Dating in your 30s is nothing like dating in your 20s — and we’re only assuming and hoping her suitors are aged up on average to better suit her.

Clare hasn’t been absent from Bachelor Nation these past four years, either. She continued her search for love on the first two seasons of “Bachelor in Paradise” and even appeared in the 2018 “Bachelor Winter Games” series. There, she got engaged to fellow contestant Benoit Beausejour-Savard, though the two ultimately severed their relationship.

In other words, she has loved and lost twice with this franchise and she’s only been off the air for two years (that’s three less than Arie Luyendeyk Jr., though he may not be the best comparison considering how well his run was received). But the biggest thing about it is that she would be a fresh start.

When they pull the next “Bachelor” or “Bachelorette” from the previous season, it makes the whole run just feel like one continuing story. Sometimes that works, but other times it can falter hugely, as many would argue has been the case this season. Peter certainly appeared to still have feelings for Hannah when this journey began, and the same could be argued for Hannah when her season began.

Sometimes people need time to heal their broken hearts after getting dumped on national television, but the “Bachelor” machien doesn’t always allow them that time. Clare has been off living her life for two years now, so she’s probably in a clearer and healthier head space than Peter could have possibly began when he started his season.

We’re just a day away from finding out what the future holds for “The Bachelorette,” but we’d be hard pressed to find a more interesting and potentially mold-shattering choice than Clare, who was a fan-favorite during her season and who can bring a fresh perspective to the franchise.