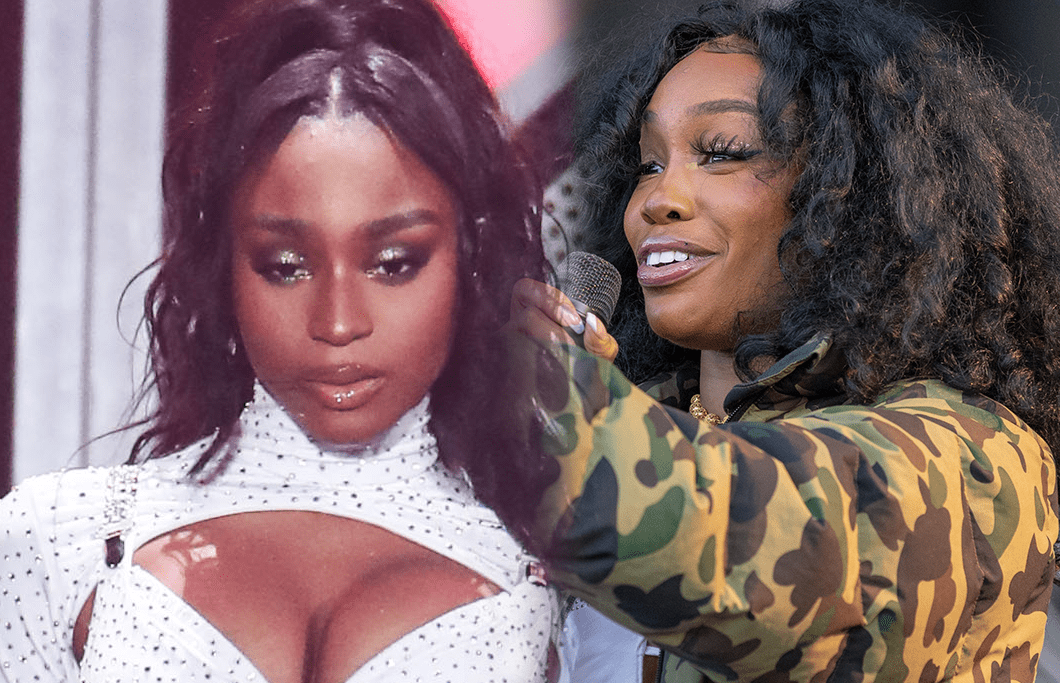 Sza and Normani are two of the most popular R&B singers in the world. They have a lot in common – they’re both beautiful, young, talented, and Black.

And they both also suffer from horrible acne.

Sza started off, explaining to her fans how she struggles with acne:

I wake up everyday crying about my skin lmao . If u have acne or any type of skin issue that ain’t solved by “stressing less, drinking water, and washing ur face”. I FEEL YOU . I LOVE YOU . We gon work it out

Then, almost immediately, Normani chimed in – co-signing everything that Sza said.

I couldn’t relate to this any deeper sis. surrendering at it’s finest and having absolutely no clue what’s actually f*cking happening. you’re so so beautiful inside and owt pooh

Sza, real name Solána Imani Rowe, is a neo soul singer, whose music has been described as alternative R&B, with elements of soul, hip hop, minimalist R&B, cloud rap, witch house, and chillwave.  Her debut studio album, Ctrl, was released on June 9, 2017, to universal acclaim from music critics It debuted at number three on the US Billboard 200 and was eventually certified platinum by the Recording Industry Association of America (RIAA).

Normani, real name Normani Kordei Hamilton, is a inger and dancer. She auditioned as a solo act for the American television series The X Factor in 2012, after which she became a member of the girl group Fifth Harmony. While in Fifth Harmony, Normani competed in Dancing with the Stars (2017) and released the song “Love Lies” (2018), a duet with Khalid. “Love Lies” debuted in the US at number 43, marking the highest US chart debut by a girl group member. It peaked in the top ten in the US and was certified quadruple platinum by RIAA.

Following Fifth Harmony’s indefinite hiatus, Normani collaborated with several artists, and released a two-song EP with Calvin Harris, Normani x Calvin Harris (2018). In November 2018, she released the single “Waves” featuring 6lack. Her duet with Sam Smith, “Dancing With A Stranger” (2019), reached the top ten in the UK and US. In August 2019, Normani released her first single without a featured artist, “Motivation”, which peaked in the Top 40. Normani followed that with a collaboration with Ariana Grande and Nicki Minaj on the Charlie’s Angels Soundtrack (2019), and “Diamonds” with Megan Thee Stallion for the soundtrack of the film Birds of Prey (2020).