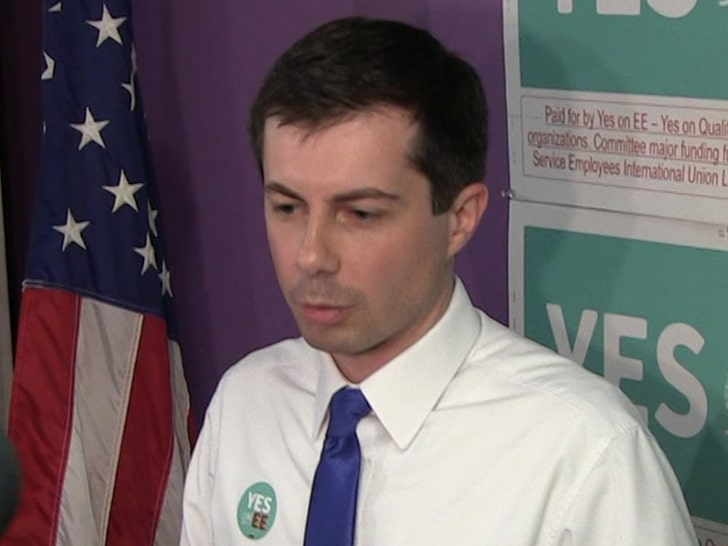 Pete Buttigieg is throwing in the towel in his bid for the presidency — he’s reportedly set to suspend his campaign ahead of Super Tuesday.

According to reports, the former South Bend mayor is dropping out after performing poorly on Saturday during South Carolina primary … where he came in at a distant fourth, only racking up about 8% of the vote which was largely made up of African-Americans.

Pete won the Iowa Caucus by a thin margin, but has largely underperformed in the races after that. So far, he’s got 26 delegates to his name — while Biden now has 53 and Bernie Sanders (the proverbial so-called front-runner) has amassed 60 to himself.

Elizabeth Warren has just 8 delegates, and Amy Klobuchar has only 7 — no signs yet of either of them cutting bait … it’s interesting PB called uncle first, seeing how the big contest was around the corner. On Tuesday, a whopping 1,357 pledged delegates are up for grabs.

The Democratic nominee needs only 1,191 of those pledged delegates to claim victory.

Part of the problem for Pete thus far has been his inability to win over black voters, or voters of color in general. He made lots of efforts to do so, but in the end … they just weren’t with him. Of course, he was also battling homophobia within the party as well.

Pete was the first openly gay major presidential candidate to make a run at the White House. There’ve been others before him, but he was the first with a legitimate shot. He was also the youngest candidate in the race — coming in 38 years old, while everyone else remaining is well over 50 and beyond.

Buttigieg was becoming a favorite among moderate voters in the Democratic Party — being seen as a more stable option than someone like Sanders. Biden fits that bill too though … it’ll be interesting to see if he picks up Pete as a running mate in the weeks to come.