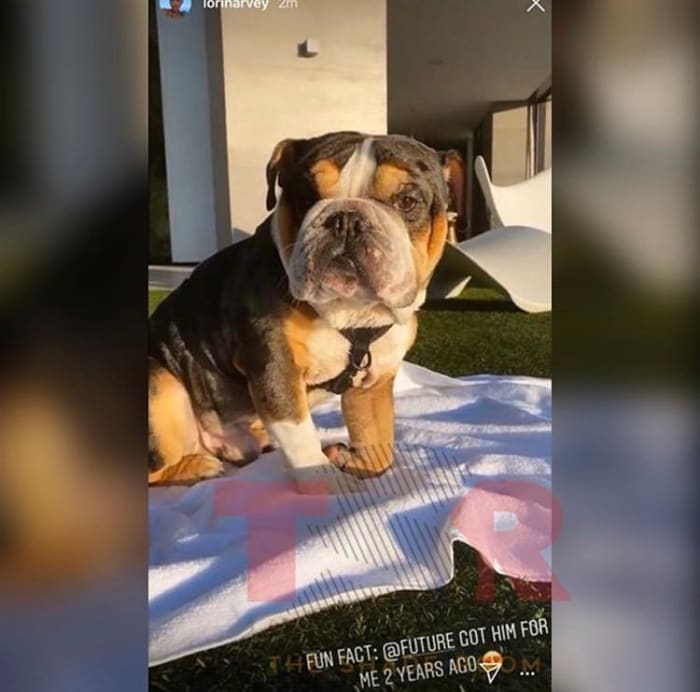 Lori Harvey and Future have been dating exclusively now for the past 9 months. But Lori revealed that she and Future were in each other’s lives – for the past two years.

According to Lori, Future bought her a dog – two years ago.

She even posted receipts, look:

That’s an interesting timeline. Because two years ago, Future was in the midst of having a whole baby with then girlfriend Joie Chavis (his baby’s mother #6). At the time, Future and Joie were in an exclusive relationship, and were all over social media together.

Many on social media are wondering what the nature of Future and Lori’s relationship was back then, and whether she was Future’s side chick while he was with Joie.

Some even suspect that Lori may have “worked her way up” from side chick to main chick over the past two years.

It’s clear that Lori and Future are still together, and that she’s his main chick.

Lori posted pics in her new home, where she is reportedly living with Future. Look:

While the couple has been in a posting frenzy on Instagram Stories, Lori pulled a post-and-delete when she uploaded an interesting tidbit about the timeline of events that led to the duo’s public pairing, revealing that Future actually bought her dog two years ago. It’s an interesting admission because it would place the gift just a short time after Harvey split up with her former fiancé Dutch soccer player Memphis Depay and within the period of time in which she was linked to a number of other famous beaus before eventually ending up with Future.