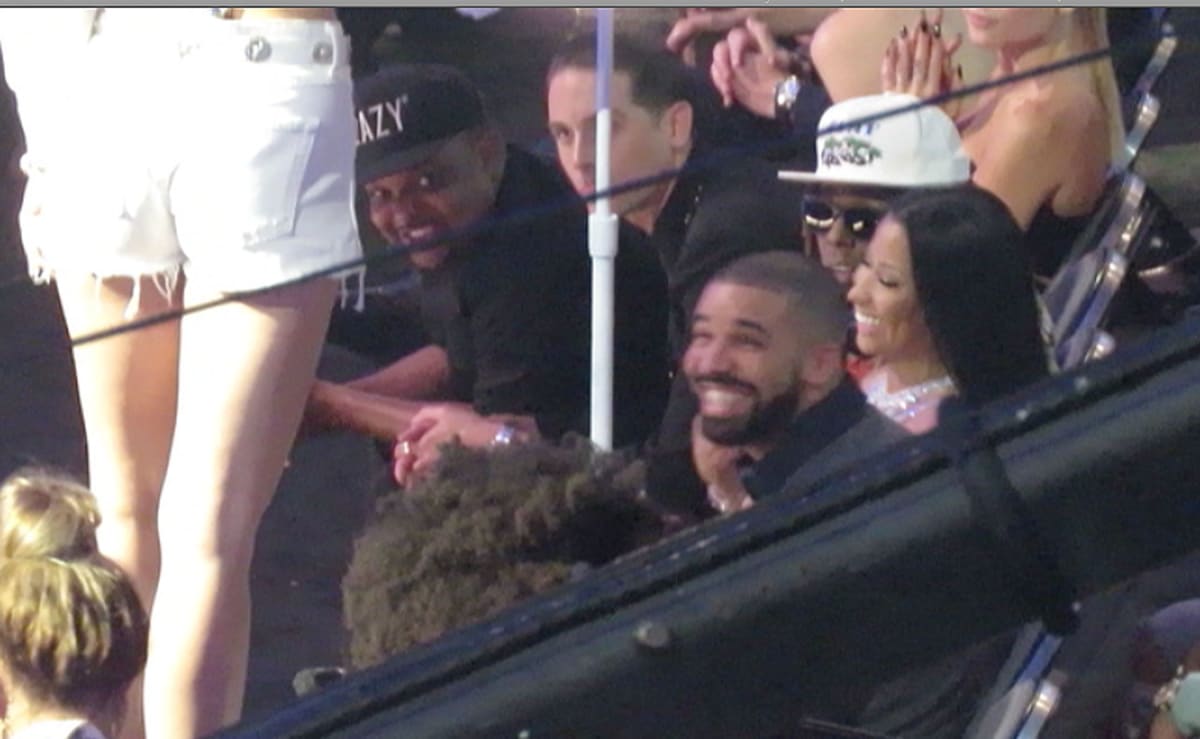 Drake is going viral today with the release of his new track, “When To Say When.” The song appears to be a hit and everyone seems to like it – except fans of the late singer Michael Jackson. In the song, Drake takes a swipe at the King of Pop.

Drake surprised his fans early this morning by releasing two new songs, “When To Say When” and “Chicago Freestyle.”  And in both songs, he holds no punches.

In “When To Say When”, Drake specifically makes reference to Michael Jackson and his Neverland home amid the child molestation allegations against the late musician.

Drake rapped, ‘Finally give you the n****s the space you need to exist, Michael Jackson s**t, but the palace is not for kids.’

Drake was talking about his new 40,000 square foot Toronto mansion – where he lives with his homies. And he’s comparing it to Michael Jackson’s infamous Neverland Ranch.

Wade Robson and James Safechuck accused Michael Jackson of molesting them as children at his Neverland Ranch. The two men, now adults, recounted their claims of abuse from the Thriller singer in the HBO documentary Leaving Neverland.

Micheal Jackson died in June 2009 at the age of 50 following an accidental overdose of propofol. The documentary aired in 2019 long after Michael’s death and was legally challenged by Micheal’s estate. Fans Micheal also challenged the timeline of the allegations made in the documentary by the two men and the veracity of their claims.

And similarly Drake’s bar has Michael’s fans furious! In fact, the MJ mob is slandering the heck out of Drake on Twitter as we speak.

On Christmas Eve 2019, Drake shared “War,” produced by UK drill producer AXL Beats. He’s recently released two singles with Future, hinting at a possible followup LP to their 2015 collaboration What a Time to Be Alive. “Life Is Good” came first in mid-January, and they followed it with “Desires” a few days later.