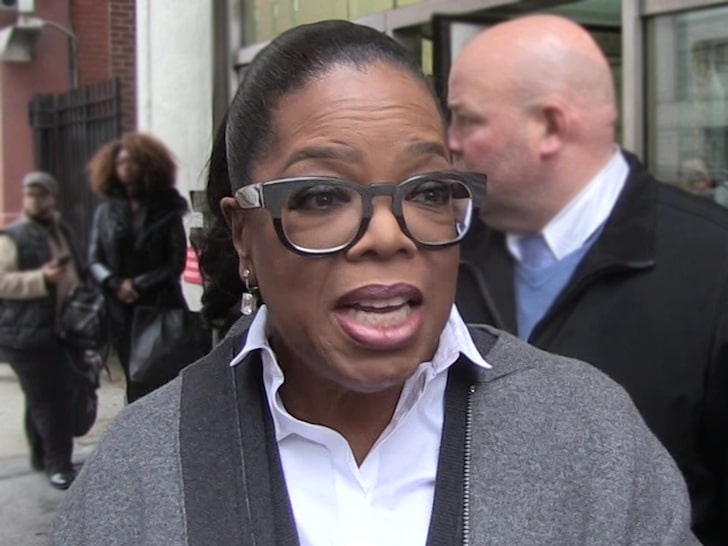 Oprah took a tumble during a speaking tour stop … and then ditched the two things that appeared to be the cause.

The TV juggernaut was at the Forum arena Saturday in L.A. as part of her 2020 Vision speaking tour, and the topic of discussion on the monitor behind her was “Wellness: All things in balance.” Welp, it looks like balance worked against her, ’cause she lost hers.

Video of the immediate aftermath was posted on social media, and it looks like the shoes she was wearing were responsible for the collapse. Not to worry though — O was okay in the end, and it appears she even swapped those pesky trippers for some more reliable ones.

Not before going barefoot for a bit though. Some users got pics of Oprah walking around the stage on her own two feet for a bit, with one person even saying she danced to “Old Town Road” at one point.

Hey, sometimes in life ya gotta go back to the basics to get stuff done. Oprah seems to have no problem doing that on the drop of a dime … or a body. Protect the O!!!