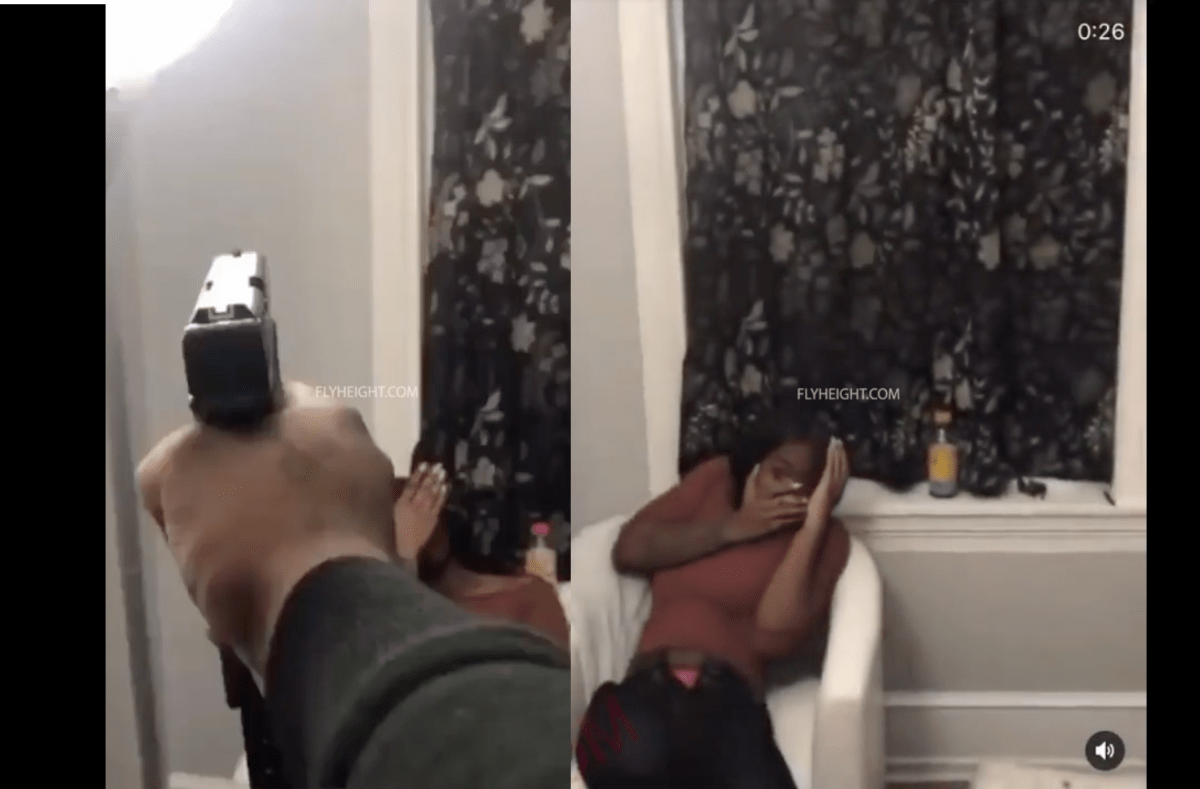 A New Jersey man is facing multiple criminal charges today, after a video was released on Instagram Live, which appears to show him kidnapping and firing a gun at his girlfriend or perhaps now, ex-girlfriend.

Here is the graphic video

The video has gone viral, and has already been viewed more than 2,000,000 times.

In the video, a man – believed to be from New Jersey – holds a woman at gunpoint, and forces her to say that she’s willing to have his baby.

At first, the woman seems reluctant to agree to having the gunman’s child. But that all changed, when the man fired a shot in her direction.

The shot appears to have missed the woman’s head by less than a foot.

Immediately after the gunman let off the shot, the woman changed her entire demeanor, and agrees to have the gunman’s child. But the look on her face, tells it all.

She is clearly terrified.

The video cut off at that point, and so it’s not clear whether the woman is an any continued danger.

MTO News reached out to the police in Jersey City, New Jersey (where this video is believed to have been taken). So far we have not received a response.

Here is the graphic video