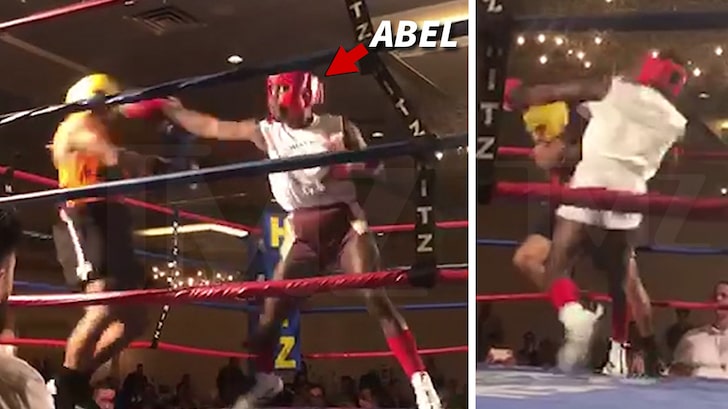 Jussie Smollett‘s alleged attacker may not have done much damage to the actor on the streets of Chicago, but he keeps racking up knockouts in the ring.

Abel Osundairo was a featured fighter in the 11th Annual Fights Amateur Boxing Tournament at the Belvedere Events Center in Elk Grove Village, Illinois. The National Italian American Sports Hall of Fame was behind the event.

Dude strolled into the ring and it was no contest … ’cause after feeling out his opponent in the first 18 seconds, Abel unleashed his vicious jab and strong left hook to smother his opponent. Watch … with less than a minute and a half left into the round, Abel traps him on the ropes and knocks him out with a powerful right hook. And just like that, it was over.

After the match … Abel — with his brother, Ola, in tow as a guest — were all smiles posing for pics with boxing Hall of Famers Larry “The Easton Assassin” Holmes and Ray “Boom Boom” Mancini.

BTW … Abel’s no stranger to knocking out opponents in the first round. He built a solid boxing reputation doing just that when he entered — AND WON — the prestigious Chicago Golden Gloves Tournament.

Boxing … a nice real-life distraction from, well you know.