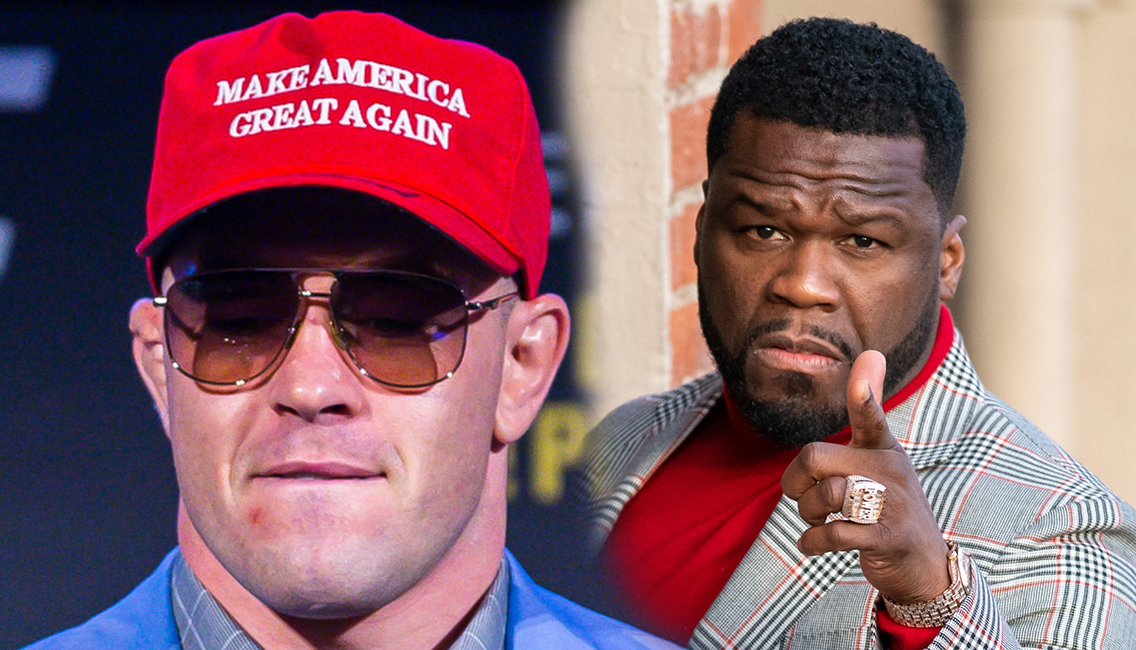 Controversial Trump supporting UFC fighter Coby Covington is challenging rapper Curtis “50 Cent” Jackson to a fight. And it seems as if 50 may take him up on his offer.

Colby Covington was beaten and then submitted by Kamarau Usman in their bout at UFC 245.

After the defeat, 50 Cent blasted Covington  – calling him a “racist piece of sh*t” and celebrating the fact that he got his jaw broken during the fight.

He told an interviewer:

If he gets hit one time by me, he’ll never get back up.

There’s one guy who got his jaw wired shut and it wasn’t me. It was 50 Cent. He’s a little b*tch. I want to fight 50 Cent next. I think we should do a celebrity charity boxing match.

I’ll put up $1 million of my dollars and it’s going to go straight to the troops. He’s a broke b*tch so he probably doesn’t have a million dollars but he can go as one of his f*cking sponsors to put it up and we can do this.