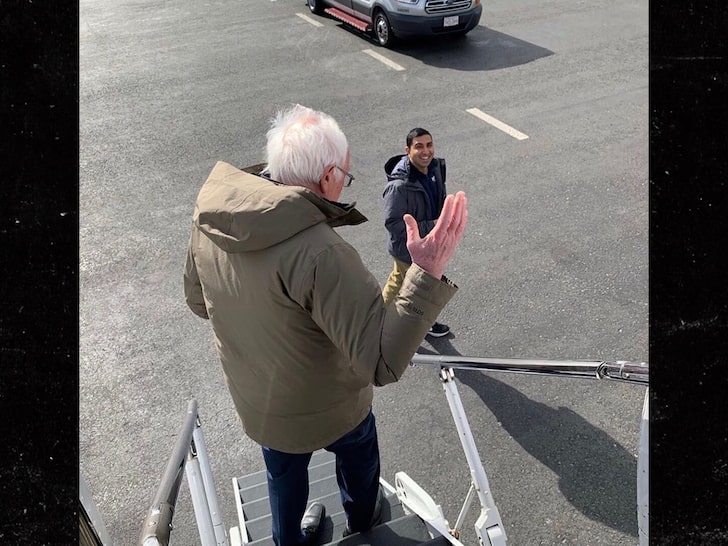 Bernie Sanders is on the go all the time — which seems to have given him a momentary case of a campaign brain fart as he accidentally boarded the wrong jet.

The Democratic front-runner was spotted Saturday making his way off of a private Gulfstream between campaign stops in South Carolina and Massachusetts — the latter being where he held a rally at Boston Common ahead of Super Tuesday.

Fact is … the S.C. primary looks like it’s gonna go to Joe Biden, as he’s well ahead of everyone else in the latest polls. Looks like Bernie’s cutting his losses and moving on.

As for this little mix-up here, it’s kinda funny. Bernie’s been flying all over the country for different campaign events — so the guy’s definitely busy and has a preoccupied mind at the moment. Mistakes like this (getting on the wrong Gulfstream) are bound to happen.

So long (for now). @BernieSanders and @ewarren are both on their way back to DC. Here they each are boarding flights from the same general aviation area at DSM just 36 minutes apart. pic.twitter.com/iWLYh3cGKb

Some have criticized Sanders for flying private at all — seeing how he rails against billionaires and elites. In fact, earlier this month … he was spotted boarding a private aircraft while Liz Warren got on her own jet as they both flew back to D.C. from different locations just 36 minutes apart. The implication … they coulda flown together, spared the air, etc.

Down in South Carolina, someone alleged he had as many as three Gulfstreams to himself to get somewhere just a couple hours away. Unclear if that’s true, but here’s something to keep in mind.

Most of, if not all, the candidates fly private at some point — so if you critique one ya gotta do ’em all. And while BS spent the most for private air travel in the last quarter of 2019, he’s also bought carbon offsets to balance things out — as have others. Pick your poison 🤷🏽‍♂️