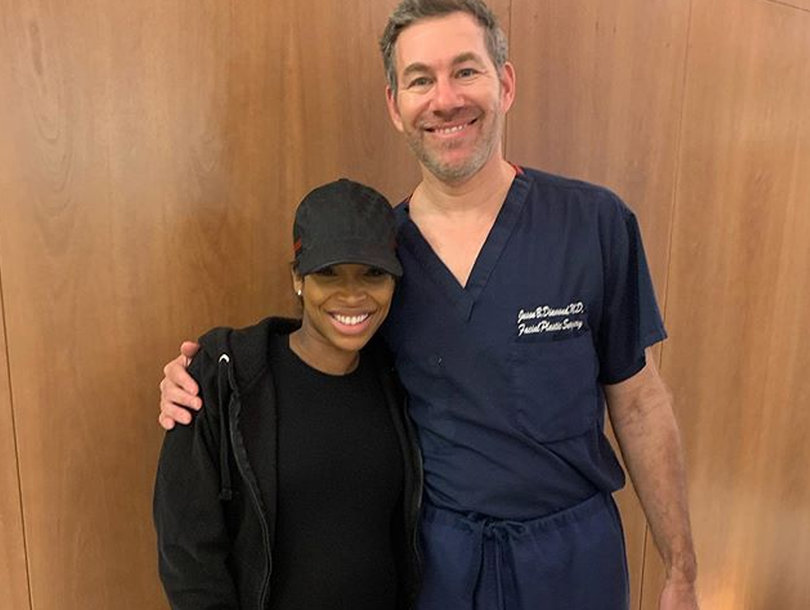 Pete Davidson has given fans a glimpse inside his “apartment-slash-basement in my mom’s house in Staten Island.”

“I moved here like a year ago and built this weird little basement to stay away from f–king people,” said the comedian, who famously dated, proposed to and moved in with Ariana Grande in a matter of months — before they called it quits at the end of 2018.

“Netflix Is A Joke” cameras followed the 26-year-old “Saturday Night Live” star through his “cave,” which looked more like a PacSun store than anything else. Hoodies (including a “very yellow” SpongeBob one) hung neatly on hangers, while T-shirts and sweatpants (including blue ones that say Blockbuster in yellow letters down one leg) were folded nicely into open shelves. Closet doors? No need when your wardrobe doubles as your decor.

“It’s really hard to when your mom’s upstairs cooking and being like, ‘Dinner’s ready!'” he lamented. But he lit right back up when he made his way into his kitchen, where one of his buddies was wearing black latex gloves and seemingly getting ready to tattoo someone? In the kitchen? We digress.

Picking up his favorite toy — a Dustbuster — Davidson showed off one of the miniature vacuum’s many functions by tapping his hand-rolled cigarette (that looked very much like a joint) onto the counter, prompting ash to fall out, and sucking it up through the portable device. “How f–king sick is that?! Shit is so sick!”

More of Pete’s friends were “playing video games very quietly” in what resembled a cross between a living room and a family room. “Here’s some sad shit. You want some dead dad shit? This is the stuff you guys like,” he said, picking up a framed picture of his father, a firefighter who lost his life on September 11, 2001. Pete joked his dad was “probably all coked up on a roof somewhere with his boys” when the photo was taken.

He then showed off a Rodney Dangerfield autographed necktie John Mulaney gave him for Christmas, an alien wearing a sports jersey he named Kevin, a massive shoe that supposedly belonged to Shaquille O’Neal and a signed Eddie Murphy “Party All the Time” original vinyl, which he likes because “it reminds me that I will never be as cool as Eddie Murphy.”

We then walked by his framed Mulaney jersey, his “favorite thing in the cave” — an “Uncut Gems” basketball — and made our way to his “wall.”

“I have people who come down here sign my wall,” he explained, pointing to a grey wall covered in messages written in black Sharpie.

“This is my bedroom, where nothing happens, ’cause I live with my mom,” he went on, taking us into his lair. Turning on the light, he took us to another open-shelf situation containing his collection of SpongeBob shoes. “The only thing is you can’t f–king wear ’em with anything,” he said of the various multicolored kicks. “‘Cause like, it just doesn’t go with anything. Like ever. Except yellow. And yellow is the worst. Starbursts, shirts, I’m sure there’s more.”

Indeed, we were right. Making his way back to his kitchen, Davidson caught up with his friend, who was getting ready to tattoo “survive” on the wrist of his other friend. “Making sure it’s spelled right,” said the tattoo recipient, before Pete urged the tattoo artist to show the camera the ink he had given him: the word “LOVE” on his right shin. The comedian also branded another buddy of his, who was standing in the background. His ink was on the outside of his right calf. It read: “AH FAHK.”

“Anyway, thank you guys for stopping by my crib. Come back again in four years when you pay me again to do another special,” Davidson said in a goofy farewell, urging fans to check out his new stand-up special on the streaming service.