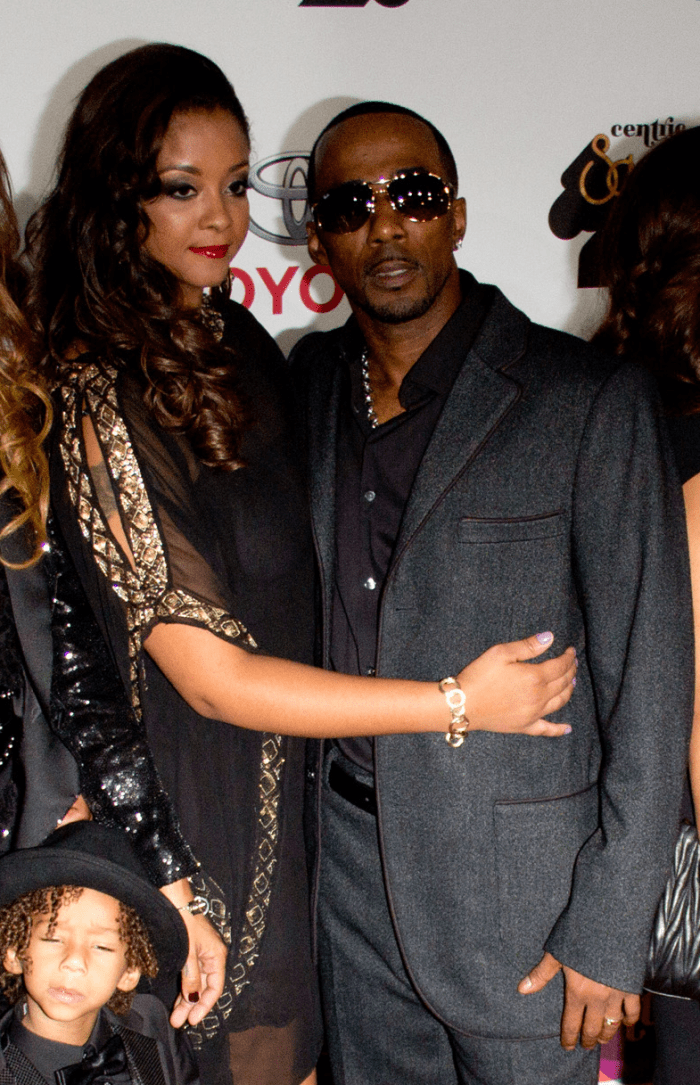 Ralph and his wife Amber were married on September 2004. The couple had a joint wedding ceremony along with Ralph’s friend/bandmate Ricky Bell and Amy Correa.

But all that is over now. Ralph and Amber have a 20 year old son, Dakari Tresvant.

MTO News had been hearing rumors that Ralph and Amber were having marital problems – but no one expected that the couple would ever split.

But Ralph decided to move on – and he did so publicly.

The New Edition didn’t choose just anyone as his new girlfriend – he chose fellow 1980s R&B star El Debarge’s ex Monique. Monique was married to El Debarge, and the two share 4 children together.

Monique and El separated years ago, but she kept his last name.

And it was Monique who made the “official” announcement about her new relationship with Ralph.

Best of luck to both Amber, and Ralph and Monique.

Here are more pics of Monique:

And here are pics of Amber: