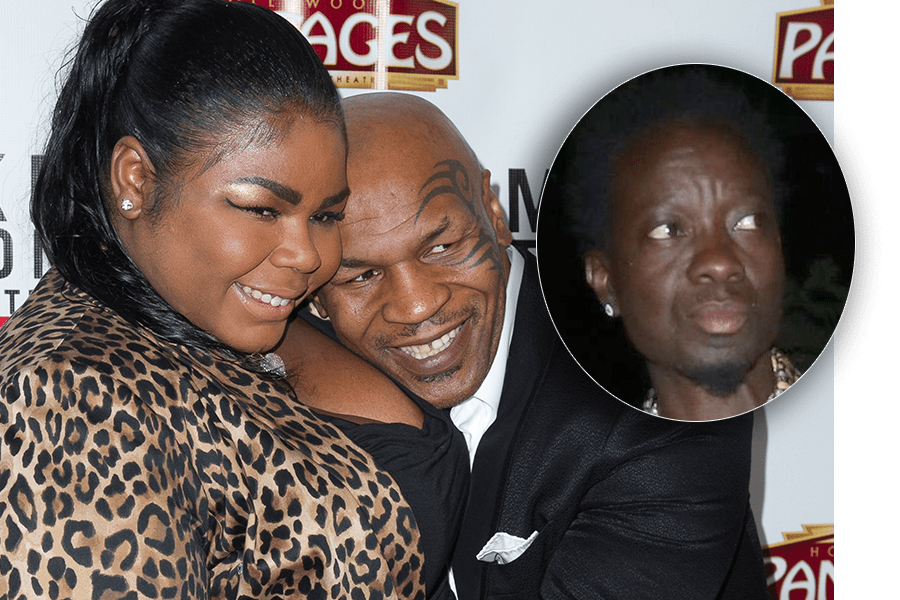 Comedian Michael Blackson is in a world of trouble. Former heavyweight champion Mike Tyson is promising to “knock out” the comedian, the next time the two come face to face.

For the past few weeks, there’s a very cruel meme going around on social media. The meme – which is fake – claims that Mike Tyson is looking for a husband for his 30 year old daughter Mikey Loma. And that the champ is willing to pay his daughter’s future husband $10M to marry her.

Well comedian Michael Blackson decided to make a joke about it – and so he reach out to Mike Tyson playing games. The comedian wrote, “If this is true, I think I’m finally ready to settle down. I known I’ve been dipping n dapping a few snow bunnies and Asian persuasion but I’m ready for your beautiful queen.”

He continued, “I’m ready to give u some grand kids that will have the complexion of Tyson Bedford, knowledge pf Cicely Tyson, talk like you Mike Tyson and hopefully not built like Tyson Fury. I really don’t give a f**k about the money but I’ll take it. Waiting to hear from you father in law sir.”

Mike Tyson doesn’t play those type of games. So he immediately threatened the comedian.

“Listen u black little bitch, this st ain’t real and soon as I find the person that started that meme, imma knock hem the fuck out so make sure it ain’t you burnt roach looking bitch.”

The former boxer added, “My daughter is happily in a relationship with a nice looking man so she’s not interested in an overcooked hotdog like you. Next time you do my podcast, imma knock the black off u, it might take a year because you black as f**k.”

He concluded by threatening to get Blackson kicked out of the country, “Gtfo my dm before I get your black a** deported you geico lizard looking b***h.”