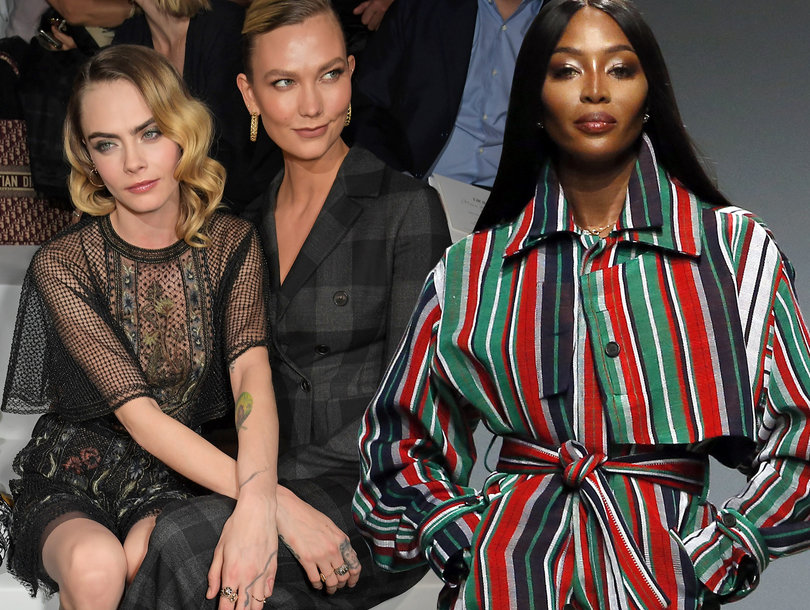 Midway through our time with Group B on “The Masked Singer” and there is not a truly awful performer among them (though there is one much weaker than the others), which means we lost someone good this week.

The panelists, though, were just as outrageous in their guesses. Seriously, no one thinks Millie Bobby Brown is going to do this show (prove us wrong, Millie!).

Comedian Gabriel “Fluffy” Iglesias joined the panel and actually took his job pretty seriously, analyzing clues and genuinely trying to get inside the giant heads of these celebrity costumes to see who’s underneath.

And once again, the reveal proved that the casting talents for this season really took their jobs seriously in bringing some of the biggest names and most impressive caliber of talent to this stage. And they got White Tiger, too.

Seriously, with the legendary status of the faces we’ve already seen unmasked this season, we almost can’t fathom who’s still in the running.

Banana proved he’s got a solid-if-unremarkable voice as he handled the fairly straightforward and simplistic melody of “Achy Breaky Haert.” It was … fine. But that’s all it was, as he is definitely skating by more on his likability than by blowing away anyone with his voice.

Guesses: Banana just about locked himself in as a member of the Blue Collar Comedy Tour, unless he was trolling us all with his “Git-R-Done” reference. This week he hinted at him being told he should consider a cable show, which would rule out both Bill Engvall and Jeff Foxworthy out.

Ken was too on the nose thinking it was Larry, with Jenny rightly pointing out this banana is way too thin for that. Nicole still thinks Ed Helms, but Gabriel followed 213 to the LA area code, but thinks it’s Billy Bob Thornton because he actually can sing.

But we’re more thinking it might be Ron White, based on his voice, or Bill Engvall as a distant second. The internet is definitely considering this Blue Collar thing, with too many of them also going the obvious route of Larry the Cable Guy and no one remembering Ron White.

But they’re also standing staunch on their own guess of Bret Michaels based on his voice — we think Bret is better than what Banana did here tonight — and his unique moves. Could they be wrong this time?

Calling it now..the Banana on #TheMaskedSinger is @bretmichaels !! Everything from the cowboy hat, the hand gestures when talking, and his demeanor just screams Bret!

Life comes at you pretty fast. T’s and P’s for Bret pic.twitter.com/jyw8ZPFRqu

Mouse has an effortless rasp to her voice and an ease to her delivery that shows she’s been doing this for many, many years. She doesn’t give much in the performance, which could hurt her with votes, but she really delivers consistently.

Guesses: Either she’s staying mostly still as a diva-esque older performer, or she’s trying to throw us off (example: Tina Turner not moving would confuse everyone). But we don’t think it’s Tina Turner, even though her voice may be nearly as iconic as TIna’s.

Jenny was thinking legendary adjacent and went with Tracee Ellis-Ross, but Ken is in his head thinking it’s a different kind of legend and actually thinks this is Tina Turner. He even tried to argue she loves tree nuts and had a Goldfinger-type of clue.

She also dropped hints about reading romance novels, needlepoint and showed pictures of praying hands and a statue of a small rhino head. Nicole followed the clues — including gold pointing to “Solid Gold” — to join Robin in standing by this being Dionne Warwick, which is the top guess online as well.

In fact, they’re not even playing anymore about this. They said what they said and that’s it!

I don’t know how anyone who has heard popular American music from the last 50 years can hear The Mouse on The Masked Singer and NOT recognize immediately that it’s Dionne Warwick.#TheMaskedSinger

We already know Mouse is the legendary Dionne Warwick, we knew that from the first time she started singing #TheMaskedSinger #MaskedSinger pic.twitter.com/b7KjwIQcIi

Frog wasn’t as polished on 50 Cent’s “In Da Club,” but he definitely made the track his own with his own emphasis and intonations throughout. He’s got a natural and smooth flow that says he’s a natural in the rap game, and his moves tell us he’s been at this awhile, but is beyond the youthful energy that makes for even more outlandish stage antics.

Guesses: Jenny is thinking Alfonso Ribeiro with the Prince reference in the package referring to “The Fresh Prince of Bel-Air,” as well as the basketball. We’re not sure Alfonso’s voice holds that timbre though.

Ken went a different direction, thinking it was Kevin Hart. Now, Frog is shorter than Nick and never stopped moving, matching Kevin’s manic demeanor. It was enough to get Jenny on board, but Robin was thinking Omarion (except that he’s better known as a singer).

The internet, though, has not budged on their conviction that all that swag points to Bow Wow. The letters C, S and I only solidified their guess as he appeared on “CSI: Cyber.” In fact, they’ve connected every clue so far.

THE FROG IS BOW WOW! The end. #TheMaskedSinger pic.twitter.com/zpNh0ziG7T

The frog is bow wow
Sounds just like him and he loves basketballs and was once referred as the prince of hip hop.
#TheMaskedSinger pic.twitter.com/B4FMmqH5ZH

Me whenever none of the Judges guess the Frog is Bow Wow on #themaskedsinger pic.twitter.com/FHOmCbdVnr

Taco has a natural old-school sound to him, and he definitely moves like an older gentleman, but he wasn’t as solid vocally this week. He had issues with breath control in the more rapid portions and just carried himself like someone who hasn’t done this as much as many others. He’s got pitch and a solid quality to his voice, and he seems to know he can sing, he just doesn’t as much.

Guesses: Taco said he was a class clown, and talks about the love of his life who helped make his career … but was he talking about a hairpiece? He also said he used to be known as buttoned-down before that.

Jenny had solid logic behind Seth Macfarlane, referring to the galaxy (“The Orville”) from the package and even his vocal style. Gabriel went with Ted Danson, and though the moves seem to line up, we think Ted is taller than that.

Ken found logic in Alec Baldwin’s journey from hot-head to finding a more level head with his wife. The internet came out of the first week convinced this was Tom Bergeron and when he spoke this week, they were more sure than ever — though there were a few stragglers still thinking it might be Tom Hanks or Tim Allen.

I present to you the Taco #TheMaskedSinger pic.twitter.com/UwdMKGyeJq

Kitty either doesn’t have an upper range or she is very intentionally avoiding it, but she has a wonderful, breathy quality to her mid-range. She sings like a seasoned professional, even though we’re not sure that she is. Her stage presence would say she’s not really used to doing this, but that is the voice of a true natural talent.

Guesses: New clues emphasized a love of sewing and even fashion design, with “modern” and “family” showing up close together in the clues, so perhaps Sarah Hyland? Julie Bowen?

A bookworm, she said she used to write and sell sci-fi books for a quarter. Jenny went a little too on point in thinking Millie Bobby Brown would do this show (we don’t think so). Gabriel took “Red Riding Hood” to Amanda Seyfried.

Ken took those “modern” and “family” clues to Sarah Hyland again. Her clues last week had red rose clues, pointing to her “Bachelor” beau. But Jenny says that’s not her body type or voice.

This one still has the internet stumped, and hilariously less confident of Sarah Hyland now that Ken has jumped on that bandwagon. Honestly, we can’t blame them.

I think the Kitty is Sarah Hyland.. The “modern family” clue has to mean something right lol #TheMaskedSinger pic.twitter.com/HgyUnHlst0

Who is the kitty tho🧐🧐 I have no idea#maskedsinger #TheMaskedSinger pic.twitter.com/vmHVphi0ps

At this point, there is no one genuinely terrible, but the Mouse had the sleepiest performance so that would be our pick to go. Taco, even though he’s older, seems to be resonating a bit with the crowds and the rest are fan-favorites each time they hit the stage.

That’s exactly how it broke down — and we can’t be mad about it — as “The Masked Singer” was poised to lose its second legendary singer in the first five rounds. These audiences don’t like legends, while Ken thought it should have been the Taco.

Robin’s final guess saw him stand by Dionne Warwick, and Nicole was right there with him (as was the internet since the beginning). Jenny backed down on her Tracee Ellis-Ross guess to back their play, making it three for three.

But Ken was not ready to step away from Tina Turner, and Gabriel said he considered that as well. In the end, though, he went with Dionne Warwick. Was this their first collective win with four of the five panelists getting it right?

Of course it was, with Ken the only one who didn’t recognize Dionne Warwick under the Mouse mask. And so another legend falls — at least there’s no White Tiger to infuriate us by advancing past a genuine legend of the music industry.

But there clearly are comedians still in the mix, proving that this is a show that’s about so much more than just singing well. It’s about the entire package of entertainment these stars bring under those costumes. We even have to begrudgingly admit that White Tiger knows how to bring it as an entertainer. He’s just also terrible.

Banana messed up the lyrics and the stupid audience sends Mrs. Dionne Warwick home? Are they nuts? What’s the point of inviting these legendary singers if the audience has no taste or brains to.pick talented people? Cancel it already! Disappointed 🤬#TheMaskedSinger pic.twitter.com/aB0WpluLDL

I am actually offended…. banana can’t even sing the words… taco cant sing… and u send a fucking legend home….. #TheMaskedSinger pic.twitter.com/PQFTcXNr6w

YA SENT MOUSE HOME WHEN THE FROG HAD A TERRIBLE RENDITION OF IN DA CLUB? #TheMaskedSinger pic.twitter.com/Z5Wggzs7Cr

The Mouse….
Are you serious?? And the Tiger is still here???? #TheMaskedSinger pic.twitter.com/aRmcPP8Kbz

This show is disrespectful. They love voting off the legends #TheMaskedSinger pic.twitter.com/JjXHvTmnJD

White Tiger stays and yet two singing legends have been eliminated. #TheMaskedSinger pic.twitter.com/LLDIoPBYK7

You mean to tell me that gronk made it further than Dionne and Chaka ??? Im done with this show #TheMaskedSinger pic.twitter.com/UnFCNOJSJE

The Masked Singer is a vocal competition! Yes being an all around performer is great and entertaining but this audience sucks at voting!!! Like that white tiger should’ve been the 1st one to go! How did he make the final 9??#TheMaskedSinger pic.twitter.com/wjMaNG78HW

This audience can catch my fucking hands. Disrespecting our legends like that. Maaaan fuck you #maskedsinger #TheMaskedSinger pic.twitter.com/EwG8JS19OK

Ok, who the hell is in this audience voting. First Chaka Khan goes home and now this? #TheMaskedSinger pic.twitter.com/eqtBFgcHcb

Next week, we close the book on this first chapter with this Group B of masked stars before meeting the final six to compete this season.