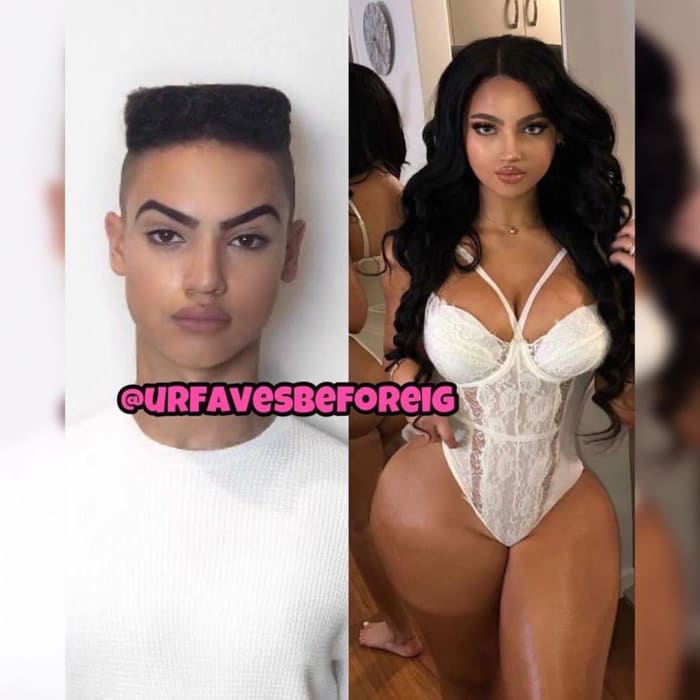 A popular Instagram model named Aliyah is going viral this morning. MTO News has learned that the pretty young woman deleted her page, and created a new “private” page after many of her fans learned her secret – that she’s a transgender.

Aliyah has millions of fans and followers across social media, most of them are men who had no idea that she’s a trans-person.

A few weeks ago, Aliyah’s secret came out – when a disgruntled ex-boyfriend spilled the tea on the Instagram model’s transgender status. Shortly after Aliyah’s trans status was revealed, her page was mysteriously deleted from Instagram.

Aliyah created a new page, but this one was private – and for members only.

According to some of her fans – she deleted her IG page – and removed all pics where she looked even slightly muscular, and then re-upped it. They suspect that Aliyah is trying to hide her trans status again.

Here are the before and after pics of Aliyah:

And here’s her page, along with people suggesting that Aliyah is trying to hide her trans status: