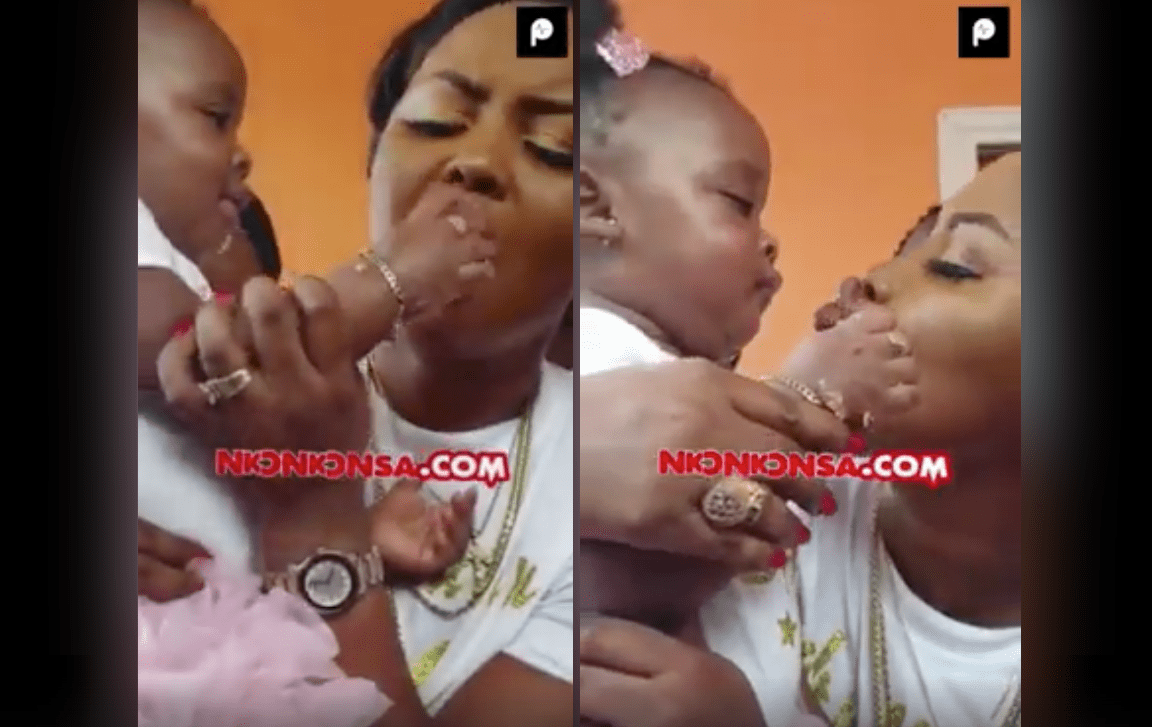 Nana Ama McBrown is one of the most popular actresses in the African country of Ghana. And today she’s coming under fire for a video that she posted with her 1 year old daughter.

The video, which was re-published by Ghana’s top news source The Pulse, shows Nana Ama McBrown kissing her daughter – using her tongue.

The child’s father can be seen in the video also – and he appears to be consenting to this bizarre behavior.

And the video is causing outrage all across Africa, and across the world. The video has gone viral, and has millions in the African nation disturbed.

Here is the video – warning may be disturbing

Nana is a Ghanaian actress, TV presenter and a music writer. She rose to prominence for her role in the television series, Tentacles. Later, she found mainstream success following her role in the Twi-language movie Asoreba.