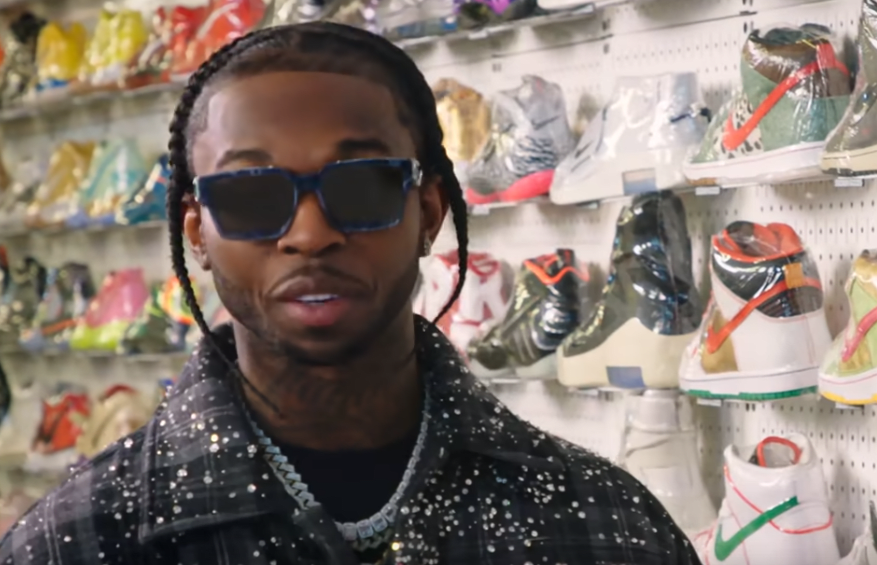 The police are working hard to solve the murder of late rapper Pop Smoke, who was gunned down during a house invasion earlier this month — but they say that they are still unsure as to whether his killing was a targeted hit or just a random robbery gone wrong.

In the moments leading up to his murder, Pop Smoke had posted a video that showed off stacks of cash, as well as unintentionally giving away the address of the Hollywood Hills home he was renting.

“It’s an angle we’re looking at,” Capt. Jonathan L. Tippet said of Pop Smoke’s Instagram posts per NY Times. “It also extends the pool of people that would have known where he was at and could have targeted him for a variety of reasons.”

Some items were taken, but as the robbers had to search through the house for the rapper, a targeted hit is a possibility.

“There were a couple of items that were taken, but some of the things you would think would be taken weren’t even really looked for,” Captain Tippet said. “So that’s why we’re not really saying that it was a robbery or that he was the intended target.”

The cops are still going over all of the surveillance footage from the area.