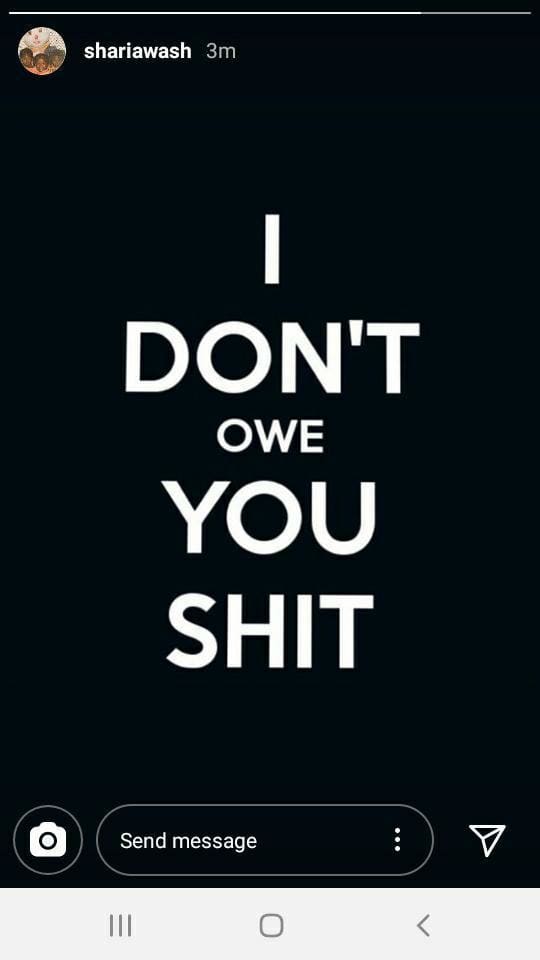 Kobe Bryant’s sister Sharia Washington lashed out yesterday at someone, MTO News has confirmed. And now fans all over social media are speculating – what’s going on??

Kobe’s parents and siblings have been noticeably silent ever since the passing of the 41 year old NBA legend three weeks ago.

There has been speculation online, that friction exists between Kobe’s side of the family – and the Black Mamba’s wife Vanessa.

Kobe and his parents had a complicated relationship. For years Kobe was estranged from his parents. And Kobe was forced to sue his mother 5 years ago.

But no one knows for sure, exactly WHAT the nature of Vanessa’s relationship is with Kobe’s side of the family. Although some have concluded that their relationship is strained at best since they were surprisingly not given a chance to speak at Kobe’s memorial service and were seated away from Vanessa and the kids.

What we do know is that Kobe’s sister Sharia doesn’t owe someone “sh*t”:

Here’s what she said:

We also believe that Sharia loved her brother and niece and misses them dearly as she has revealed that she has a new tattoo, in honor of them both: