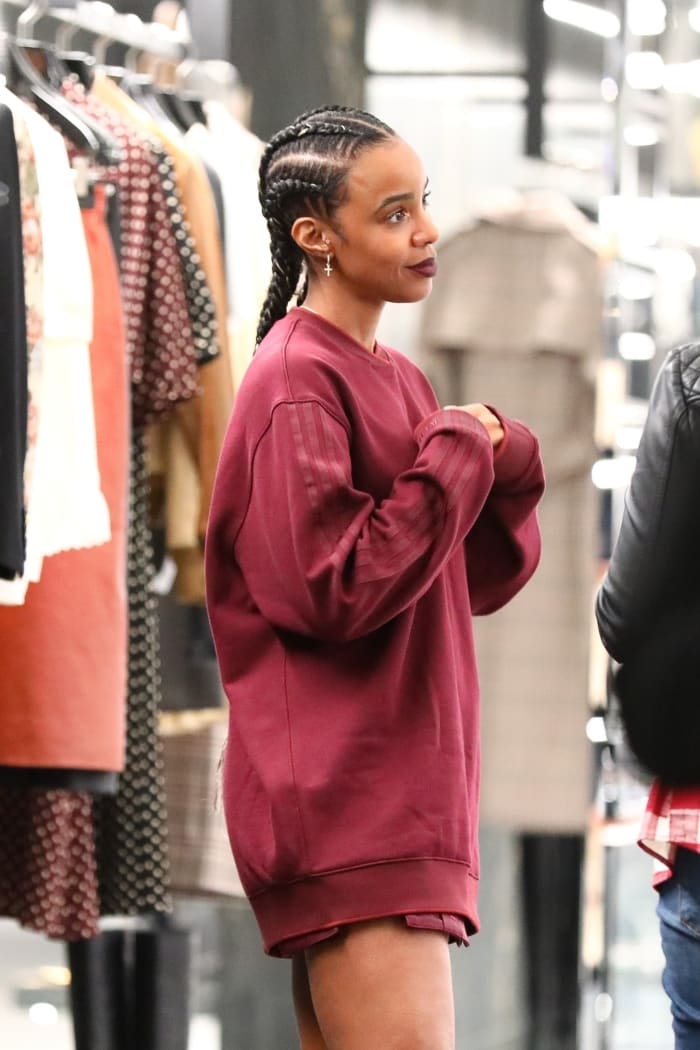 Kelly Rowland is being accused of getting a nose job, by folks all over social media.

The former member of Destiny’s Child admitted to having her first nose job, when she was a teenager. But when new pics of Kelly in Australia began circulating on social media – people began speculating that the beauty got a second surgical operation.

Kelly was spotted by the paparazzi, looking cheerful as she was shopping at the Intersection Paddington in Sydney, Australia. Kelly has spent that last month in the south of the equator country.

Many suspect that she’s hiding out in the nation, as she recovers from a surgery.

To get an idea of how Kelly’s nose has changed. This was her 6 weeks ago, in the United States.

By contrast, this is Kelly as she walks the street in Australia:

Rowland and her manager Tim Weatherspoon reportedly began dating in 2011. She announced her engagement to Weatherspoon during an appearance on The Queen Latifah Show on December 16, 2013. They were married in Costa Rica on May 9, 2014, with guests including Beyoncé and Solange. On June 10, 2014, Rowland announced via Instagram that she and Weatherspoon were expecting their first child. On November 4, 2014, Rowland gave birth to their son Titan Jewell Weatherspoon.

On February 22, 2020 Rowland was awarded a 51st NAACP Image Award for her guest performance in the television series American Soul on BET for her role as the “Empress of Soul” Gladys Knight.