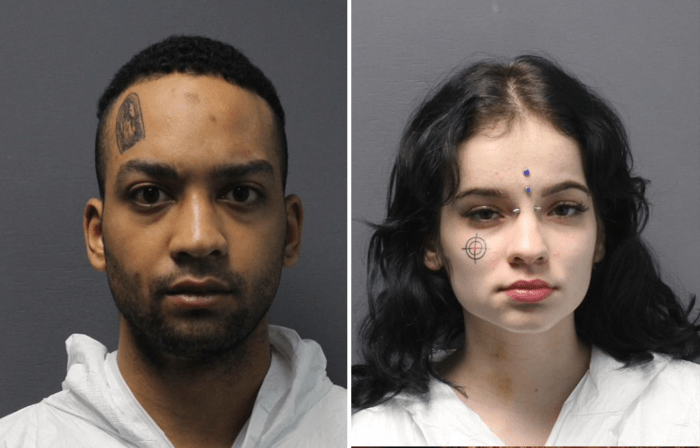 A pretty Instagram model is being charged with murdering a 54-year-old woman – with a gun that she made on a 3D printer. It’s the first such case in the United States.

Police say that Cheryl Smith from Rhode Island was shot and killed by a gun that appeared to be made with a 3D printer.

Police arrested Jack Doherty, 23, and his girlfriend, 18-year-old IG model Shaylyn Moran for Cheryl’s murder. Police claim that they found the alleged 3D gun – which is a 9mm handgun – from Jack as he and Shaylyn left their room at the Hampton Inn, shortly after the shooting.

But it’s not clear yet, that the gun was made on a printer. The state crime lab at the University of Rhode Island has not examined a 3D printed gun before. So it was unable to determine how the gun was made.

Here are pics of the two: