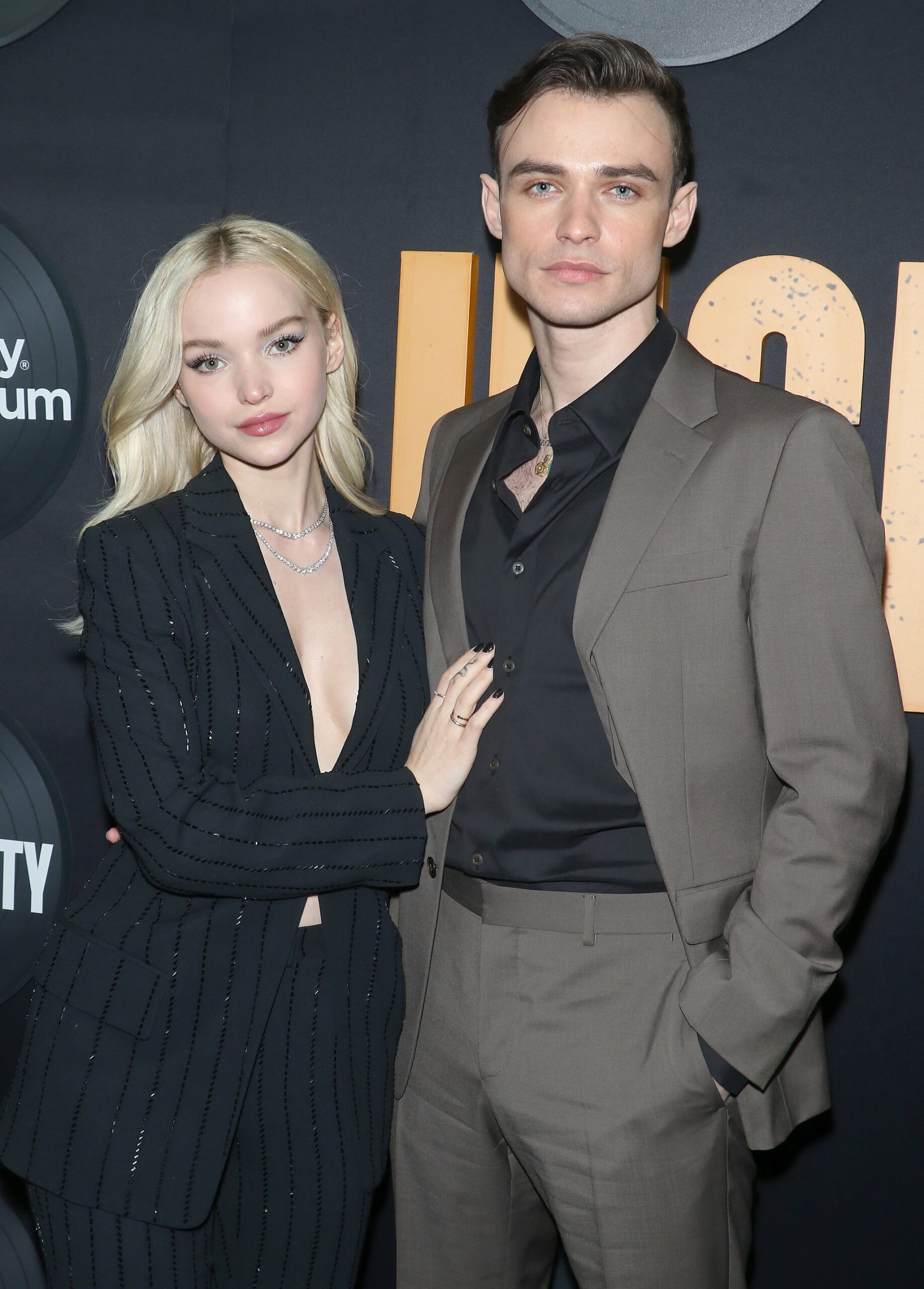 Disney stars Dove Cameron and Thomas Doherty make such a sweet couple that it’s hard to imagine a time when they weren’t together. You might have even forgot Dove used to be engaged to someone else. Before she and Thomas connected on the set of Descendants 2 in late 2016, Dove was in a relationship with her Liv and Maddie costar Ryan McCartan, whom she dated for about three years before he popped the question in April 2016. Unfortunately, less than six months later, the two decided to go their separate ways, and by December, Dove was igniting romance rumors with a new suitor.

The first hint that Dove and her Descendants 2 costar were maybe more than friends came when Thomas shared a cute video on Instagram of him and Dove sharing a cheeseburger, which he simply captioned, “We share food.” Fans grew even more suspicious after Thomas tweeted a flirty pic from when Dove visited him in London and when Dove then posted a picture of a shirtless Thomas on Instagram. In February 2017, Dove finally told People that she and Thomas were an item, which was a surprise to exactly no one. “We’re dating,” she said. “I’m keeping it sort of . . . we’re keeping it to ourselves, because everything is just so [much] more romantic and real when it’s yours and it’s private.”

Dove and Thomas have been looking cute AF together for over three years now, and in November 2019, Dove even told Entertainment Tonight that she could see herself possibly marrying her boo down the road. “I think, if I’m going to marry anyone, it’s going to be him,” she said. The singer and actress also admitted that she’s “super emotional and embarrassing” when it comes to her longtime partner. “I cry, like, every day when I’m with him because . . . he’s just the most pure, loving, selfless, generous, kind [person],” she said. “His life is about the people that he loves and I feel so lucky to be loved by someone like that.” Um, cute alert! Here’s hoping these two spend many more years making each other happy (and sharing all of their adorable moments on social media so we can live vicariously through them).