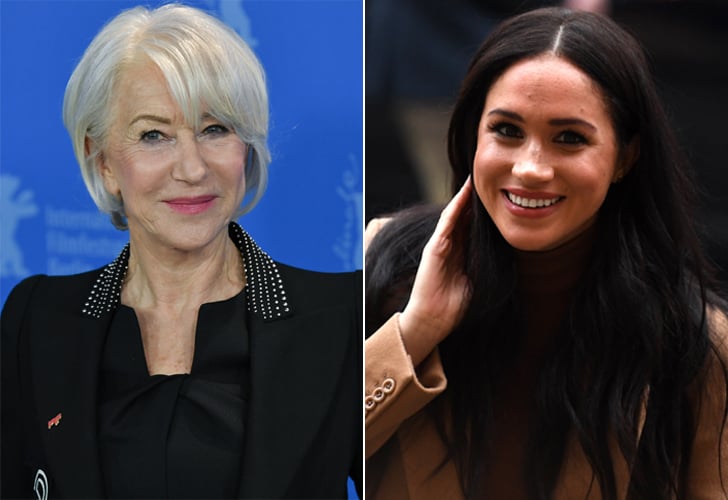 Given that Helen Mirren played Queen Elizabeth II in 2006’s The Queen, I’d say the actress knows a thing or two about the British royal family. I mean, her performance did win her an Oscar, after all. Well, now Helen is coming to Meghan Markle’s defense following her and Prince Harry’s (aka Just Harry) decision to step down as senior members of the royal family.

“Meghan Markle was a fantastic addition to the royal family — charming, did everything right, was gracious, was sweet-natured, and seemed to be . . . Wow! What a lovely addition. Didn’t seem to be neurotic,” she told Variety in an interview on Thursday. “So, I think it is a loss in a way, but at the same time I think their instincts are absolutely correct. And I think it will all, hopefully, sort itself out, and the tabloid pearl-clutchers will get over their trauma at not having someone to attack all the time. They’ll find another victim . . . probably me.”

Helen has been a longtime friend of the royals and is an ambassador of Charles’s Prince’s Trust. Back in 2019, she praised Meghan and applauded her for dealing with the pressures that come with becoming a royal.

Meghan and Harry will officially step down as royals on March 31, but not before attending a few public engagements. On Feb. 28, Harry will visit the Invictus Games Choir with Jon Bon Jovi, and on March 5, he and Meghan will attend the Endeavour Fund Awards. The following day, Harry and Lewis Hamilton will celebrate the museum opening of the Silverstone Experience, and on March 7, he and Meghan will make an appearance at the Mountbatten Music Festival at Royal Albert Hall before joining the royal family for Commonwealth Day service at Westminster Abbey.