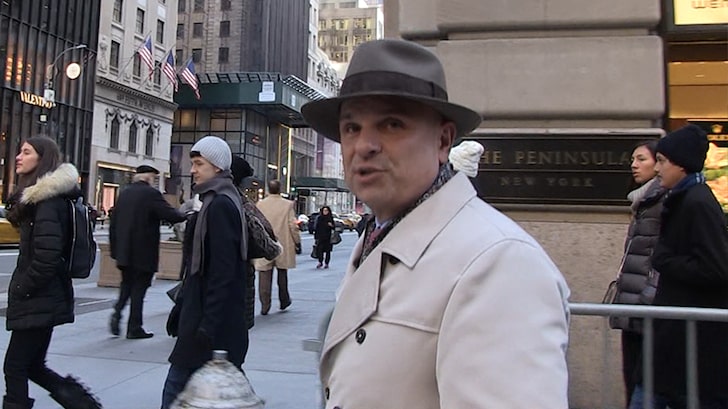 Harvey Weinstein is as happy as can be — despite the looming possibility of nearly 30 years in prison — but prison officials need not worry he’ll kill himself … according to his attorney.

Arthur Aidala, one of Weinstein’s lawyers for the NYC criminal case, was leaving Michael’s Thursday in NYC when we asked about his client’s state of mind. Weinstein remains under police guard in a Bellevue Hospital room reserved for prisoners, and Aidala says he’s in good spirits.

He told us Weinstein is focused on issues regarding his plan to appeal the guilty verdicts. The disgraced movie mogul also offered a review of the treatment he’s been getting from Dept. of Corrections staffers.

As we reported, NY prison officials are worried Weinstein’s eventual prison stay will go the way of Jeffrey Epstein, but Aidala says he does NOT share those concerns.

In his words, there’s no comparison between the two, because unlike Epstein, Weinstein “has everything to live for.” Watch the clip … he’s convinced there are at least TWO major reasons Weinstein would never take his own life behind bars.

While Weinstein’s hospitalized now, due to chest pains, Aidala also doesn’t think his client will need extra protection from other inmates.