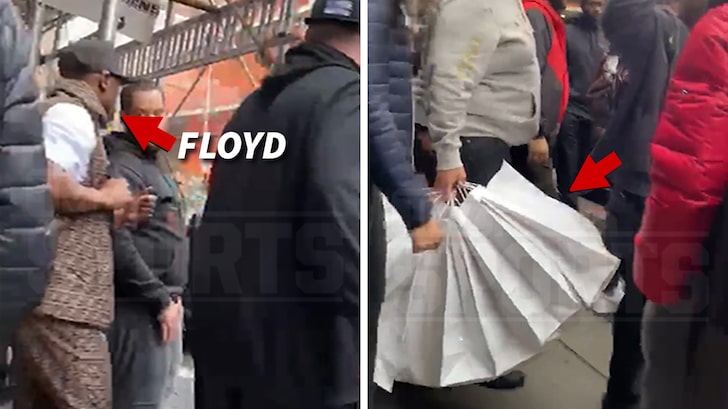 It was a regular Wednesday afternoon in the life of Floyd Mayweather … which means he hit up a high-end sneaker shop in NYC and dropped an INSANE amount of dough.

The boxing superstar and his entire crew dropped by Flight Club near Union Square Park and you already know TBE didn’t leave empty-handed.

Check out the video … Floyd walks out of the store followed by his bodyguards — one carrying what appears to be 8 bags.

Obviously, these aren’t your normal $90 dollar AF1’s … these are special and hard to get.

So, why the huge haul? We’re told Floyd has new TMT sweatsuits that are dropping soon … and he wanted to get coordinating kicks.

$11k might sound like a lot of money … and it is. Unless you’re Floyd … who according to Forbes, made almost a billion dollars last decade.

Give me 10 pairsssssssssssss 💸 … you know you were thinkin’ it.