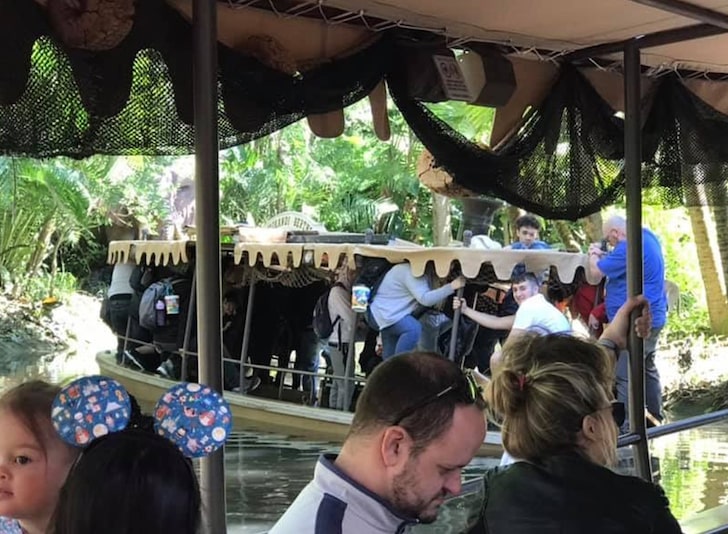 “The Most Magical Place on Earth” became the wettest place for a group of theme park guests who got caught on a sinking vessel … the park’s famous Jungle Cruise.

One of the boats at the Magic Kingdom in Orlando started taking on water, which meant everyone onboard had to trek through the water, and try to climb to dryer conditions.

As you can see, there wasn’t much wiggle room, but it’s an amusement park — no one was in danger of drowning here. Just a soaking inconvenience.

As you can see … the Jungle Cruise waterways are pretty shallow.

The boat, named the “Bomokandi Bertha,” reportedly sank around 12:30 and caused the ride to be shut down for nearly 2 hours. During that time the wet passengers were safely unloaded and the boat was towed away.

There are no reported injuries, and ya gotta hope everyone walked away with some FastPasses for their troubles.