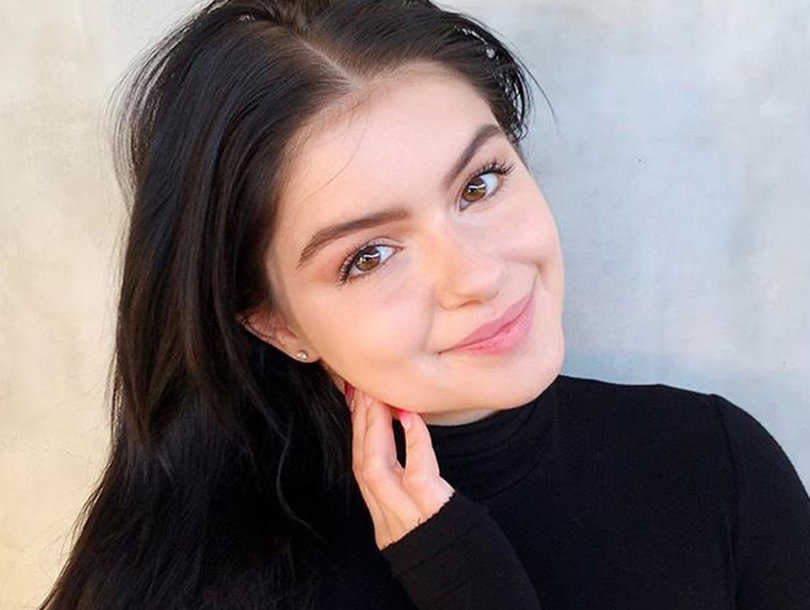 Danielle Staub may have parted ways from “The Real Housewives of New Jersey,” but the cast OG is making sure she doesn’t leave without a bang.

Reacting to the explosive Season 10 finale — during which Teresa Giudice ended her friendship with Danielle over her revealing Giudice was the one who urged her to pull Margaret Josephs’ hair — Danielle went in on her former friend, mocked Melissa Gorga and even revealed her secret to having been engaged 21 times.

When asked on Bravo’s “RHONJ After Show” why she thought Teresa encouraged the ponytail yank, Danielle said, “I don’t know. I don’t wanna do what they do. I don’t wanna pretend to know what anyone’s thinking when they say stuff. And that’s my only regret, is that she had to tell me to do it. It felt good.”

“All this time, I thought that I’d be mortified when I saw it play out,” she added, pausing to let out a sigh of relief. “Total opposite! And I am not a violent person. And again, remember, and she knew this, I come from a long history, from very early in my childhood, of abuse. I’ve been everything, every form of abuse. There’s only so much a person’s gonna take before they just start to push back. And I did. And I don’t remember, I saw red. My only regret is not doing it sooner! And having somebody tell me to do it.”

Of the boutique owner who Danielle claims came up with the idea in the first place, she said, “I can’t speak for Steven. I can say Steven’s just a great guy, and I feel really bad that Margaret was even invited that day, because not for nothing, she doesn’t shop there. She couldn’t afford to.”

When asked about her one-on-one conversation with Melissa — during which Staub revealed Teresa’s involvement in the hair pull — Danielle said, “So funny. I don’t give Melissa a second thought anymore. Another person that I’m the reason that she’s there and anyone even knows who she is. Your greatest goal and achievement in your life is opening a boutique? Congratulations, thousands of people do it all the time. It’s not that special.”

“So when Melissa’s reaction to me is anything these days, I could really care,” Staub went on. “I don’t care about her. I don’t care about Joey [Gorga]. I don’t care what they think about me. They both used me. Well, that’s not gonna happen any further, so I think I stopped listening when Melissa was talking to me because I could tell she was very confrontational, unapologetic. And it dawned on me that day the only reason I was there and invited to come there was to try to push me out of Teresa’s life because they need someone to blame. They can’t blame Teresa, God forbid! They can’t blame any of them. They can’t take responsibility for anything, so let’s just use Danielle again. But she came there with an agenda, and she just wanted me to say something that would make Teresa flip a switch. And she got what she wanted.”

When asked if she and Teresa ever had a conversation about keeping quiet about Giudice’s involvement in the hair pull, Danielle said she didn’t think a conversation needed to be had.

“No, it’s not something — I just hold people’s stuff,” Staub explained. “I hold it. I carry it, and it’s f–king heavy. And I’m not gonna do it anymore. So I could really care less what people tell me to do. I’m gonna do it my way and in my time, and I was just done holding it. It’s not something bad! It’s not like I said something terrible about Teresa! I’m the one that did it! So I was kinda shocked that the reaction was the way it was. I mean, if I had given away a secret like, oh Teresa had sex with somebody, like she did about me, I can see getting mad about that.”

“But listen, I’ve forgiven Teresa for so much,” she went on. “So much. So much worse than that. She called me a prostitution whore in front of my children, flipped a table at me. If I wasn’t important enough to her to forgive me, which, I shouldn’t have even needed forgiveness. It should’ve just been understanding. Like, so big deal? Danielle said it, I did it. That’s all she would’ve had to say. The fact that things have panned out the way they have, it was just an agenda.”

After claiming the cast has no allegiance to anyone despite their traditional Italian ways, Danielle said, “I lost myself for a few years in trying to fit in with people that I would normally never even give a moment’s notice to. In my life, I’m not better than anybody, but I’m definitely better than them.”

She went on to explain her shocking tactic to getting 21 different men to propose marriage to her.

“I don’t have to try hard to get attention, I just get it; ergo, I was engaged 21 times. It’s no accident. And 19 of those were before I had my children. Why? No one’s ever asked me,” she said. “Came from me wanting to punish people that were abusing me, but the way I got them to ask me to marry them quickly is I said I was a virgin and I would not have sex until I was married. That’ll put a ring on your finger real quick.”

“Can’t do that once you have kids,” she noted. “If Tom was No. 19 and there were only two more after that and I married one of them, have I really been engaged that many times? No. See? Margaret doesn’t know anything about me. Melissa, Dolores, none of them. I didn’t lose myself for too long, because I found myself now. I’m really happy with who I am. I don’t have any reason to want to fit in with people that don’t want me around anyway.”

Regarding Teresa and Joe Giudice’s broken marriage, Staub said she “believed all along that they weren’t gonna get back together. It’s unfortunate because I do know — I don’t have anything bad to say about Teresa when I say this, I’m just speaking the truth — but he would’ve done everything to make sure that she had everything that she wanted, and I think that that’s what led to the problems in the end. And I don’t think it’s his fault, I don’t think it’s Teresa’s fault, I just think they were both doing their best. It’s unfortunate, but sometimes, the end is usually what you should’ve thought about in the beginning, but who of us does?”

“I do know when Teresa and I first started becoming friendly 13, maybe 14 years ago, and I was talking about being cheated on,” she went on. “We were talking personally about what happened between my husband and I, the father of my children, because I had this big beautiful house, big beautiful life, lots of jewelry, lots of everything. Six-and-a-half-year divorce litigation, but you know, I was selling pieces of my jewelry to pay the bills. Huge pieces of jewelry. So it did support my daughters and I, and that’s what I did. And she was like, ‘Oh, I would never. I would never forgive Joe. I would leave for Italy and take the kids with me.’ It’s a difficult situation to say what you would do unless you were there, and I told her that. I said, ‘Don’t ever say anything like that because you don’t know until you’re there.'”

“So here we are now. And I think that the time apart for the two of them — I don’t think it has to do with the circumstances — I think it has to do with the time apart that they won’t be getting back together again,” she added. “I don’t believe they will be together again. And I think he’s being a man about it, and I think she’s handling it as best she can. In all fairness to Teresa, it hasn’t been an easy thing. Or to the kids. And so I would never add insult to injury, like so many have done to me.”

For her part, Teresa said she doesn’t wish Danielle any ill will. Neither do the other ladies; however, they’re definitely thrilled she’s out of the group and off the show.

“With me, I don’t know why she did what she did,” Tre said on the “After Show.” “But with her, I’m just saying, if I saw her out, I would say hi to her. Other people that I don’t like, I probably wouldn’t say hi to them.”

“She was just always so nice to me, I can’t explain it. And you guys know. She was really like so sweet,” she added, looking to Jennifer Aydin and Dolores Catania for backup. Dolores said Danielle simply “can’t help what she is, and when you hang out with her and are in her presence, you have to understand that.” Jennifer called her “fun.”

Giudice added that she wishes Staub “all the best. Never any ill will.”

Meanwhile, Margaret stopped by “Watch What Happens Live with Andy Cohen,” where she reacted to the explosive season finale.

“I was actually in shock,” she said of learning of Teresa’s involvement in Danielle’s hair pull. “I was like, no way is Teresa gonna do that. I really didn’t believe them! You could tell.”

“Listen, that night was a shocking,” she added. “I mean, no one had any idea that that was gonna happen. And Teresa was remorseful, and it wasn’t because she found out.”

A caller then asked Marge a two-part question: “I wanted to know what your current relationship is like with Marty [Caffrey, Danielle’s most recent ex-husband], and what did you think of him claiming that you all owe your paychecks and careers to Danielle?”

Laughing, Marge said, “Well, obviously, the second part of the question — that we all owe our careers to Danielle — is laughable. Ha, ha, ha. And my current relationship with Marty is nothing. I mean, he showed himself to be duplicitous, totally two-faced. And him and that freak deserve each other.”

Regarding Teresa and Joe’s decision to call it quits — as well as Joe’s apparent lack of remorse for what he did to his family — Margaret said she “would’ve liked a little ankle-holding from him, you know? Like a real begging, an apology.”