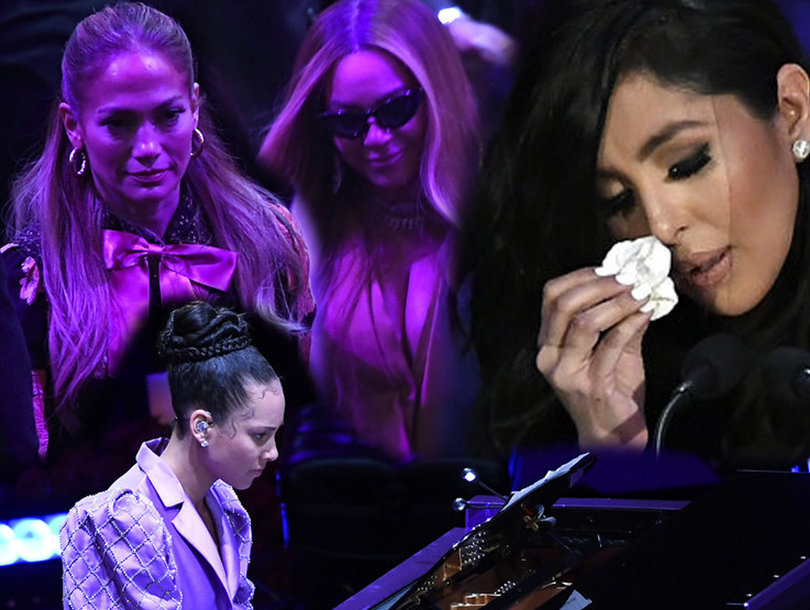 It was a tough week on “This Is Us” for both Randall and Rebecca, but for once they weren’t sharing their moments. In fact, it was Kevin who stepped up to take Rebecca to her doctor’s appointment on the same day that Randall scheduled his first therapy session.

Let’s just say that one of those things went way better than the other, as Kevin continues to prove his growing maturity … even if his family may be struggling to see it. He’s clearly rebounded from his rock bottom and — despite what may or may not be a setback with Madison — he’s on a much more positive path since he set aside his own ego to help his Uncle Nicky.

Ironically, it was ego that saw him try to help Nicky in the first place, but that journey turned out to be just what he needed to slow down and give himself a serious reality check. And this week, it was Randall’s turn to do the same thing and it was Kate’s turn. But both needed a serious nudge from a significant woman in his life.

For Randall, that moment was Beth finally exposing herself to him in a raw and real and vulnerable way and pulling back the shade of his own self-denial to tell him that baby, you do not got this. Kate, of all places, found the most solid advice she’s received in quite awhile in the most unlikely of places, Madison.

Yes, the woman she’s mad about for sleeping with Kevin was the one woman who told her the hard truths she needed to hear because that’s what true friends do.

Meanwhile, the show continues to do an amazing job of slowly deconstructing the perfect image that was created over the first couple of seasons of Jack as this Superdad figure. In his place is emerging Rebecca, as the glue that holds the family together and the one with her head screwed firmly on, as opposed to Jack’s dreamer idealism.

It’s that very quality that makes him lovable and endearing as a romantic figure that saw him missing the mark in fundamental places in his life and family. This week it was his rejection of Rebecca’s notion that Randall’s anxiety was something that should maybe be addressed. She saw it as a serious problem, he saw it as Randall just needing to take the edge off, and so he taught him running.

As we’ve seen so many times before, this family idolizes their father and so Randall, to this day, is a runner. But that’s not what he needed at that time. Part of this is a product of the era, in that no one really took mental health seriously or knew how to deal with it yet in 1991, but it also helped Randall’s years of denial.

This isn’t to just bash Jack, as we saw him saying the exact right things with Kate this week as he told her that the right man for her was “still cooking,” and that she’d survive this first boyfriend breakup. We’re not sure if his words echoed through time to her this week, but they resonated as a great parenting moment with us.

One of the most powerful moment in the episode wasn’t an emotional one, nor did we shed any tears over it. But Sterling K. Brown played it beautifully as the camera never left his face as the very core of how he perceives himself was challenged with two simple words. Of course he blew up and blew off therapy entirely after that moment, but that question is so much at the heart of everything he puts on himself and it’s one he’s not prepared to answer.

Randall’s probably not prepared for the reality of knowing that his extended family would probably not fall apart without him there to hold them together. He’s an important piece of their lives, but that support goes all ways and he is not the foundation of their ability to function.

0 tissues (but damn, she stopped him cold)

Beth had to play the tough card with Randall after he decided a therapist wasn’t going to be able to help him because Randall already has all the answers. It’s so hard for a control freak like him to let go even a little bit, but Beth is his person and finally she’d had enough of him tell her she’s fine.

She can’t get him to see this as something for him, so she played the dirtier card of having him make it something for her. And she does need him in a way he’s just not there for her right now. Randall is so wrapped up in his own anxiety he failed to register his wife’s fear. He saw his mother’s decline, but did not see Beth’s trauma over the break-in. That was enough to send him back to therapy where hopefully he’ll be more receptive to the process because maybe, just maybe, he doesn’t know it all just yet.

2 tissues (tough love at its finest)

“Is It Possible He Just Took What You Said to Heart?”

Kate is so used to men disappointing her and walking away, that she was ready to walk away from Toby if need be over his struggles. So wrapped up was she that she even doubted that his weekend alone with Jack had really sparked a change in him or if he was just saying what she needed to her.

It took a verbal slap from Madison to remind her to give Toby a chance. He’s a good guy. And if that wasn’t enough, she had another whopper to lay on Kate: “Shouldn’t Toby be able to express his deepest fears without punishment? Isn’t that what marriage is?” And she’s right, as Beth laid hers at the feet of Randall. These are the moments they mean when they say marriage is work.

3 tissues (friendship at its finest)

“Today’s Gonna End No Matter What”

Ladies and gentlemen, we present to you the “done cooking” version of Kevin Pearson. This is a man who’s ready to live his life as a responsible, compassionate and supportive human being. This conversation between him and Rebecca is everything, as she lays bare her fears about getting her test results, trying to convince her impulsive and reckless son to agree to shrug off the appointment and live free.

She can’t put off the inevitable forever and sometimes it’s best to just rip off the bandage and move forward. Randall was convinced Kevin would blow this, but that’s because just like he’s not seeing his wife’s fear he is not seeing his brother’s growth.

This is such a pivotal moment in this family and they don’t even all realize it just yet. This is the start of Rebeca’s decline, the shift from her as the leader and central figure of this family to her becoming the one who needs the most care. It’s a huge dynamic change for the kids, but what a powerful and terrifying moment for Rebecca.

Coming back from her appointment with an Alzheimer’s diagnosis is one of the worst things anyone can have to grapple with as it carries such weight, such visions of slow decline and loss and it has such a heavy finality to it.

This is Rebecca’s burden to bear. But we love that she challenged Kevin to not treat her any differently. For one, she’s not in any hurry for everything to change and she’s in no hurry to lose what she now knows she’s going to lose. Watching everyone change around her would just mean her life to that point is over and it doesn’t have to be. Not until it does. So why hurry that change along.

4 tissues (not ready yet)

“Every Sound Known to Man”

Kate didn’t give Toby a chance to really explain why the weekend meant so much to him. Almost losing Jack gave him that normal fatherly fear, but it was learning that he could connect to Jack through sound that proved so instrumental in Toby gaining a new appreciation for the son he has rather than the one he doesn’t.

It started with “Star Wars” sounds but it culminated in Toby fully embracing and realizing with a rich world of sound there is out there and how much joy he and Kate can have in helping their son achieve that. It was a full Jack moment for Toby — the closest incarnation of the Pearson patriarch in this generation — as we know this garage studio is the genesis of Jack’s future career as an artist.

Perhaps, had Toby not learned to not only accept his son as he is but embrace him for who he is, Jack may have never found such a love for music. Even better, Toby created this as a space for Jack and Kate to love and explore music together, something he knows Kate loves. This is the ultimate romantic gesture of love for both of the most important people in his life and proof that Toby was never truly gone, he just lost his way for awhile.

Like Randall, he needed someone to give him some tough love to help him course correct. Madison was there to do it for Kate. Beth stood up for Randall. Here’s hoping he gives therapy a real shot this time and begins to recenter and find the healing.

On the surface, he may have looked the most together of his siblings, but at this stage of the game, he’s falling behind.

“This Is Us” returns March 10 at 9 p.m. ET on NBC and finally reveals what begins to tear two brothers apart.