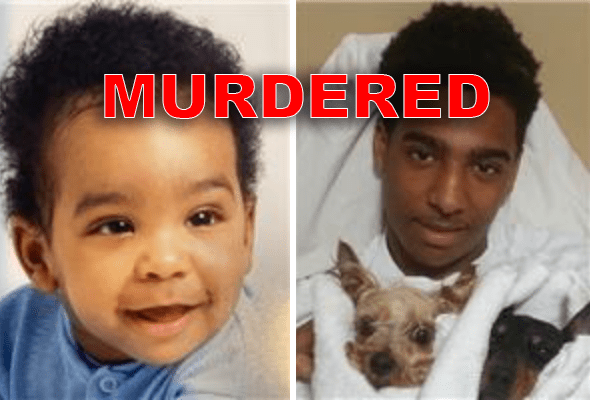 10 days ago, 22 year old Robert Wells III was shot and killed in New Orleans while sitting inside his car. Police suspected that Robert may have been involved in a drug deal that went bad.

They currently have no suspects in his murder.

Robert was laid to rest on Friday, and the local newspaper ran an obituary for Robert, that was written by his parents.

The parents painfully and honestly discussed how Robert lived “in the streets” and it lead to his death.

May Robert rest in peace, and his parents receive healing.

Here’s their obituary, in full:

Robert Wells, III was born in St. Bernard Parish, October 9, 1997 to Robert Wells, Jr. and Deborah Wells. He spent the years after hurricane Katrina in the St. Charles Parish area until his murder on Sunday, February 16, 2020. As loving parents, we were not prepared for the untimely, tragic death of our young son He was a wonderful, funny, intelligent, talented and compassionate young man until the false desires of fast money and instant gratification lured him away from the morals and ethics instilled in him from a young age.

Tough Love did not deter his mindset to stay involved in the streets. We always hoped that one day his parents’ Love and commitment to him would prevail and he would abandon that life. It did not.

His life ended almost instantly at 22 years old, alone in a car under a barrage of gunfire. All the fast money, cars and “things” that seemingly were of importance to him, meant nothing at his crossing. We hope and pray that Robert never bestowed this kind of senseless violence upon anyone else’s child, and if this obituary can offer the opportunity for another young person to realize the streets offer nothing but heartache, pain, and ultimately death, Robert’s life will not have been in vain. His pained soul is now set free from all worldly desires.

Dear God, please take our son, the most precious gift you could bestow upon us at his birth, back once again as your Heavenly son. Lord, keep him in your loving arms for eternity and, forgive us. Robert was predeceased by his grandparents Robert and Bertha Wells, Sr. and George H. Dupard, Sr., Ingeborg Thurston (Richard). He leaves behind a brother, Antonio, girlfriend Hailey, and many loving aunts, uncles, nieces, nephews and cousins.

There will be no service for Robert. Instead we kindly ask you to make a small donation in his name to any at-risk youth programs. Until we meet again Son, you’ll forever be in our hearts.