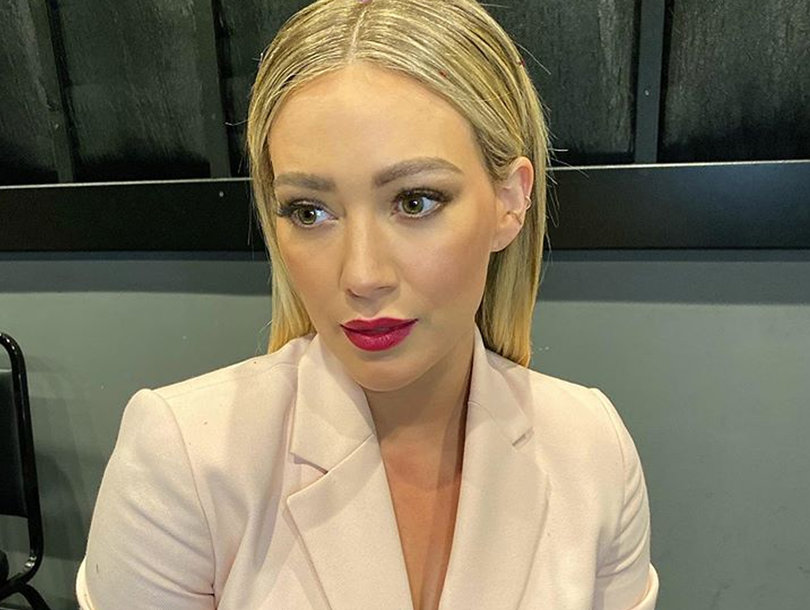 Hilary Duff might have something in common with the showrunners of the “Love, Simon” Disney+ spinoff.

On Tuesday night, the “Lizzie McGuire” star weighed in on the news that “Love, Victor,” the TV series based on the film, “Love, Simon,” will be moving from its previously-announced home at Disney+ to Hulu over concerns regarding the show’s “adult themes,” according to various media outlets including THR.

Taking to her Instagram Stories, Duff shared a screenshot of an article about the story and circled the headline, which read “Love, Simon TV Show Pulled From Disney+ as It’s Not ‘Family-Friendly.'” Alongside the photo, Duff wrote, “Sounds familiar…”

While Duff didn’t mention the “Lizzie McGuire” reboot by name, many believe the actress was alluding to the Disney+ plus revival of her show as production was halted after creator Terri Minsky stepped down. Only two episodes were completed.

The “Lizzie McGuire” reboot is said to follow the adventures of Duff’s titular character as she’s on the cusp of her 30th birthday, living in New York and working as an assistant to an interior decorator. Plus, it’s expected that 13-year-old Hilary (in animated form) will continue to offer her unique brand of advice. Hallie Todd, Robert Carradine, Jake Thomas, and Adam Lamberg, who all starred in the OG Disney Channel series, were set to reprise their roles.

However, after Minsky’s departure, the future of the reboot is currently unknown. When it was announced that Minsky, who created the original series, was leaving the project, Disney offered a statement on the revival’s production, though failed to specify substantial reasons as to why it was put on hold.

“Fans have a sentimental attachment to ‘Lizzie McGuire’ and high expectations for a new series,” a spokesperson for Disney told TV Line last month. “After filming two episodes, we concluded that we need to move in a different creative direction and are putting a new lens on the series.”

Meanwhile, “Love, Victor” moving to Hulu was reportedly due to the series not being “family-friendly” enough for Disney’s streaming service.

“Disney felt many issues explored on the show, including alcohol use and sexual exploration, would not fit in with the family-friendly content on Disney+,” a source told Variety.

The “Love, Simon” spinoff, which is now set to debut during Pride Month in June, follows Victor (Michael Cimino), a new student at Creekwood High School — the same high school Simon (Nick Robinson) attends in the 2018 film — on his own journey of self-discovery as he struggles with his sexual orientation while adjusting to a new city and facing challenges at home.