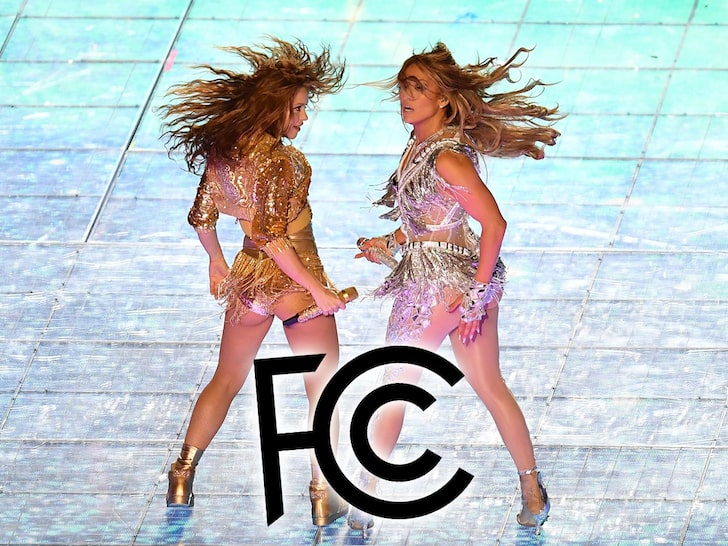 “The halftime show last night was beyond inappropriate. Shakira laying on her side gyrating like sex, Lopez on a stripper pole, Lopez bending over to expose her butt crack, both performers grabbing their vaginas, Shakira grinding her butt against some tinfoil wearing man’s penis. This was incredibly offensive. My children were watching.”

That was one of 1,312 super pissed-off people who complained to the FCC after Jennifer Lopez and Shakira‘s scorching hot Super Bowl halftime performance.

TMZ Sports requested the complaints made to the Federal Communications Commission — a U.S. government agency which regulates television — and it’s clear while many praised the performance … others, not so much.

The continued … “JLo’s movie Hustlers was rated R so since when is rated R viewing allowed on network TV at 7/8:00pm?”

Some people were so pissed, they say they’re DONE watching football.

“That was a disgusting display allowed of something that our children can’t un see!!!”

Despite all the outrage, the performance has almost 136 MILLION views on YouTube … so someone’s watching!!